Keri Russell splits with Shane Deary - and the news comes after frightening burglary at her New York home. 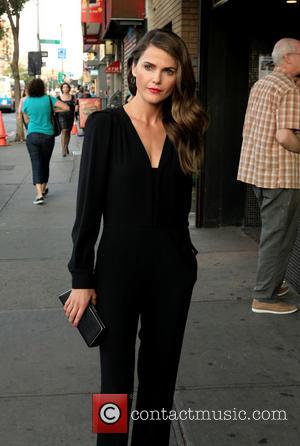 Keri Russell had announced her separation from husband Shane Deary only days after being subjected to a burglary while she slept.

It's been a tough time for the 'Felicity' star as she confirms to People that she and her husband of nearly seven years have split up, separating in the summer of 2013. "They have been separated since early summer," a representative told the publication.

"The separation is amicable and their focus is on their children." The pair married on Valentine's Day in 2007 and subsequently had two children named River Russell Deary and Willa Lou Deary.

To make matters worse for Keri, she was woken early on Wednesday morning (December 4th 2013), according to TMZ, having heard a noise in her New York City home and discovered that the window of her living room and her front door were both open, with two men having broken their way in and eventually escaped with a necklace, a designer handbag and a laptop.

Two men who were related were thus arrested by police in connection with the burglary with Us Weekly reporting that their names were Ronald Swindell and Steffon Swindell.

"Everyone is fine, and Keri sends her thanks to the police," a representative told the magazine. "She returned to work on The Americans today."