'Think Like A Man Too' is finally set to hit the UK and, after the hilarity that ensued with the first 'Think Like A Man' movie in 2012, we have to admit we're excited. It would seem that the couples we wanted to live happily ever after are looking pretty solid with Michael (Terrence Jenkins) and Candice (Regina Hall) planning their upcoming nuptials in the romantic city of Las Vegas, Nevada.

More: Read about the 'Think Like A Man Too' US opening weekend

Though happiness comes with a price; Jeremy (Jerry Ferrara) has finally decided to commit but he and Kristen (Gabrielle Union) are struggling to conceive, while Zeke (Romany Malco) just can't seem to get away from his past persona as a ladies man despite being tied to Mya (Meagan Good). Bennett (Gary Owen) and Tish (Wendi McLendon-Covey) have lost some of their fire in their own marriage, while Dominic (Michael Ealy) and Lauren (Taraji P. Henson) haven't seen each other in so long. On the other hand, best man Cedric (Kevin Hart) is quite happy being a singleton. In a bid to ensure everyone has fun, Cedric has the men and women split up for the night - while this would be a foreboding experience for most brides to be, Candice is adamant that if the guys are doing what they want, so will they!

Watch the trailer for 'Think Like A Man Too' here:

The movie is already out in the US and, while it received plenty of criticism, it managed to top the box office back in June grossing $30 million domestically in its opening weekend. It's less than 'Think Like A Man''s cool $33 million, but that's only to be expected of a sequel. According to Variety, Sony Pictures president of worldwide distribution Rory Bruer thinks he knows why it has become so popular. 'It's not bad being number one', he said. 'The girls versus the guys element and getting the perspective of both sexes is something that's always appealing to folks.'

More: See pictures from the 'Think Like A Man Too' LA premiere

'Think Like A Man Too' marks director Tim Story's third collaboration with comic actor Kevin Hart, after the first movie and comedy 'Ride Along' which also starred Ice Cube. While 'Ride Along 2' is currently filming for release in 2016, Hart will also be appearing in 'The Wedding Ringer' opposite Josh Gad, 'Get Hard' with Will Ferrell and 'Finally Famous' with Rosario Dawson. That's a lot of laughs to come!

More: Watch the trailer for the first movie 'Think Like A Man' 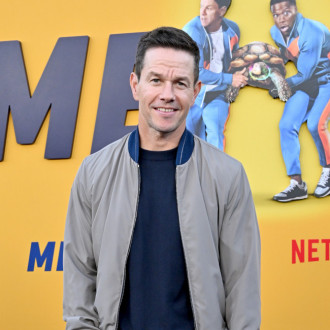 Kevin Hart to star alongside Mark Wahlberg in Me Time