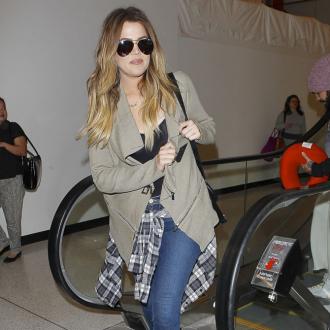 The 29-year-old beauty - who filed for divorce from estranged husband Lamar Odom in December after four years of marriage - is smitten with her boyfriend of two months, but her sister Kim Kardashian and stepfather Bruce Jenner, 64, don't think his intentions are pure.

A source told Us Weekly magazine: ''[They] are very sceptical of him. They think he's using Khloé for fame.''

The couple have been virtually inseparable since April, aside from the week Khloé spent in Paris and Florence for Kim, 33, and Kanye West's wedding last month, and recently returned from a safari holiday in South Africa after flying there to attend the MTV Africa Music Awards last Sunday (08.06.14).

A source close to the 29-year-old 'Pop That' hitmaker agreed that he is desperate to become a household name.

The insider said: ''[French wants to] sit at the cool kids' table [and] ''has been trying to get close to people he thinks are popular.

''Being with Khloe means everyone knows who French is now, so he's getting a lot out of it.''

The 'Keeping Up with the Kardashians' star was devastated when she decided to split from Lamar following months of rumours he was addicted to cocaine and cheated on her multiple times.