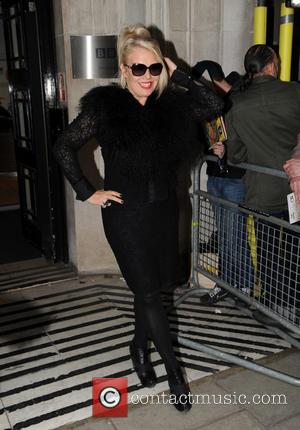 Eighties star Kim Wilde was inspired to make her first ever album of festive songs after her notorious drunken busking incident last Christmas (12).

The singer donned plastic reindeer antlers to serenade Christmas shoppers on a London Underground train with her hit Kids in America and a rendition of Rockin' Around The Christmas Tree.

She was left mortified when film footage of the bizarre moment was uploaded to YouTube.com and scored more than two million hits, but the clip's popularity made Wilde hungry to record an album of festive tunes for the first time in her 33-year career.

She tells Britain's Hello! magazine, "When I found out (it was online), I swung between absolute horror and finding it hilarious. I thought, 'This is either going to crucify my career or have the opposite effect'. Fortunately, it was the latter.

"It became part of why I wrote the Christmas album. I'm a big believer in timing and the time was right."

Wilde has also used the album to reference her drunken antics on the Tube - it closes with a version of Rockin' Around The Christmas Tree.