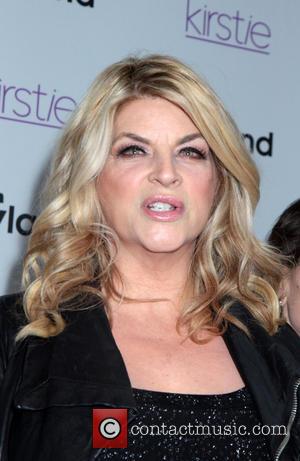 Alley's first run-in with the company resulted in her losing a total of 75 pounds and maintaining a slim weight of 145 pounds, she was able to keep her new figure for three years before departing with Jenny Craig in 2007.

The 'Cheers' actress admits to finding it hard to maintain a slimmer figure without any guidance, and soon after she began to put the weight back on. This is one of the major reasons why she chose to return to the weight loss company.

"I love that you have a consultant," she said. "It's like being an athlete. No athlete is going to do well without having a coach. We have to equate that to life. Without a coach helping us along the way, I don't think someone can make it for the long haul."

Alley also appeared on The Today Show on Monday to discuss her new partnership, in which she told host Matt Lauer, "I feel amazing because I feel healthy and I feel happy."

The comedienne also joked that the reason she gained weight was due to "going off the rails," and a combination of "man troubles" and divulging while on vacation.