Veteran Actress Kirstie Alley Has Urged Casting Directors To Stop Sending Her Scripts For Nude Roles Because She Has No Desire To Strip Off Now She's In Her 60s. 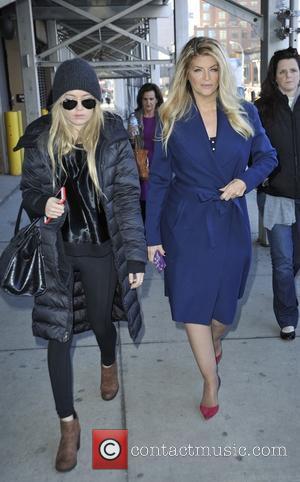 The Look Who's Talking star, who has shed 50 pounds (22.7 kilogram) as a spokeswoman for the Jenny Craig diet firm, has never been one to bare all onscreen, so she is baffled by sudden approaches to disrobe on camera.

"For some reason, I lost all this weight, I lost 50 pounds, and this year I've been offered three roles, nude - I'm not kidding...," she tells U.S. breakfast show Today. "I didn't do nudity when I was 28, so why would I do nudity now? I think it's supposed to be a comedy bit."

Kirstie, who will turn 65 next week (12Jan16), recently shot a guest spot for actor Will Arnett's new Netflix comedy series Flaked, but confesses she ended up revealing more than she intended to in a topless hot tub scene - and she isn't planning to repeat her mistake ever again.