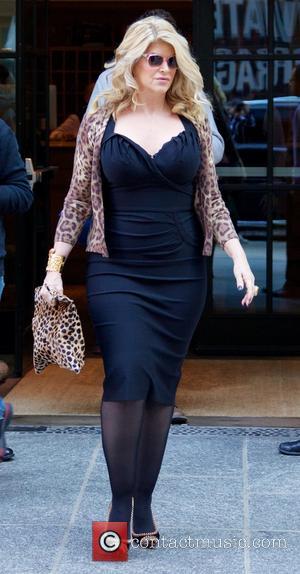 Actress Kirstie Alley has slammed Leah Remini for criticising the Church of Scientology after turning her back on the religion following nearly three decades of devotion.

The former King of Queens star left the controversial organisation earlier this year (13) after she reportedly became embroiled in an argument with religious leader David Miscavige over some of the group's strict policies.

Remini proceeded to give a series of press interviews, in which she spoke candidly about the difficulties she faced walking away from the religion, claiming she had been shunned and could no longer see or talk to friends she had had for decades.

However, devout Scientologist Alley has vehemently denied the assertions after she was quizzed about Remini's accusations during an appearance on U.S. shockjock Howard Stern's radio show on Wednesday (04Dec13).

She said, "First of all, I just want everyone to know I have hundreds of friends who have come into Scientology and left Scientology... You're not shunned, you're not chased. All that stuff's bulls**t."

Alley then took aim at Remini, adding, "When you are generalising and when your goal is to malign and to say things about an entire group... when you decide to blanket statement that Scientology is evil, you are my enemy."

The Look Who's Talking star also revealed she has banished Remini from her social networking sites because of her outspoken views, stating, "I have blocked her on Twitter... because she's a bigot."

Remini reportedly responded to Alley's statements on Twitter.com by quoting American author Mark Twain, writing, "It is better to remain silent and be thought a fool than to open one's mouth and remove all doubt. Something I wish I had practiced (sic)! Lol (laugh out loud)."

The message has since been removed.

Alley's comments emerge months after reports suggested the two actresses had fallen out after Remini posted a cryptic message on Twitter.com in July (13), which read, "When faced w (with) malicious gossip I take a moment to experience the loss of the person I thought was my friend... Then I say f**k em (sic)... the sweetest poison is often served with a smile... beware syrup."

Alley subsequently denied there was a feud between the two.