Beauty And The Beast Picked Up For Full Season

The new supernatural crime series Beauty and the Beast has been given the green light to continue for a full season by it's network The CW, following positive viewing figures since it aired earlier this fall.

The new show, which stars Kristin Kreuk and Jay Ryan as the titular Beauty (Catherine Chandler) and Beast (Vincent Keller) respectively, was picked up for a full season following strong viewing figures with the show currently averaging 2.4 million viewers per episode, 1.3 mil of which consist of adults aged 18-34, the network’s target demographic.

The announcement marks the second new show airing on CW to be given a full series, after new superhero adaptation Arrow was picked up for a full seasons during it's initial run. The shows other autumn/fall debutant, Emily Owens M.D., has not yet been given the word that it will follow suit with these two shows, so fans of the show will have to sit tight for any further developments.

Continue reading: Beauty And The Beast Picked Up For Full Season

By Hayley Avron in Lifestyle / Showbiz on 12 October 2012

If you had high hopes for the new CW drama, Beauty and The Beast, then prepare to have them dashed. The new series, which is based on the 1980s show starring Linda Hamilton and Ron Perlman (and not on the classic Disney film – if you were expecting that, you’ll definitely be disappointed) has been slated by the critics for a lack of chemistry between the show’s stars and bad characterisation from the scriptwriters.

Entertainment Weekly’s summary of the series’ premiere is far from complimentary. Kristin Kreuk plays the role of a supposedly “badass homicide detective” by the name of Catherine Chandler. Unfortunately, all those badass vibes rapidly disappear “the minute she ran screaming after the Beast through the subway tunnels.” It’s not looking good for her character: “If that doesn’t shout damsel in distress, I don’t know what does.” Plus the whole ‘”hot, petite, beautifully coiffed women detective” look they’ve gone for might start to grate after a little while.

The big problem though, seems to be the lack of on-screen chemistry between Kristin Kreuk and Jay Ryan, who plays Vincent. The EW review surmises “Here’s the real problem: I could forgive almost anything as long as I felt a connection between the main characters, but here? Zip, zilch, zero, nada. Making moon eyes at one another isn’t the same as being in love.” It won’t come as much of a surprise to see a ratings dip for the show next week, unfortunately. Turns out this latest crime drama is more of a beast than a beauty.

'Beauty And The Beast' Is Just Beastly

The young network, The CW, with shows aimed at a young audience, is not entirely stupid to assume that another drama based in the realms of the supernatural mixed with fighting the bad guys, and all tied up with a central love story, might be popular. However, though not entirely stupid, it isn't necessarily the most astute of decisions for the network bosses. Film, television and literature are all completely saturated with vampires, werewolves, witches and fairytales at the moment, so 'Beauty and the Beast starring Smallville's Kristin Kreuk, their new show, would need to be something extra-special to stand out among the crowd. It's not.

'Beauty and the Beast''s central character is 'Cat' (Kreuk), whose mother she saw murdered as a teenager but miraculously saved from the same fate by a mystery creature. The creature turns out to be the 'beast' of the title, otherwise known as Vincent, played by Jay Ryan, whose DNA was changed to make him into a super-soldier while he was in the army. Very Dog Soldiers. Their lives end up, of course, being tangled up and they fall for each other, while Cat has a string of other suitors that hover around her in her job as a detective.

Reviews of CW's new supernatural drama (the genre seems to somewhat saturate the channel) have been almost mixed. Although the quality and appeal of the show is deemed by almost everyone as 'just bad' (as Newsday.com put it), but the Hollywood Reporter seems to utterly love its utter lack of redeeming features. Indeed, it is that lack that the Hollywood Reporter loved! Writing for the HR Tim Goodman said “It is, in a word, awesome. In two words: awesomely hilarious.” In an incredibly condescending 2nd person speech, figuratively speaking to CW he said “I love your crazy, optimistic world view - which is basically a dream world of super hot people mimicking what normal people do in the real world...You also --and bless you for this - are tragically, hilariously unaware of your own lack of self-awareness.” Though it's important to let Goodman know that it's not nice to speak to children like this, we simply can't disagree. He did, however, praise Kreuk not only for her astounding beauty, but also for her acting skill, saying that she “is a good actress who deserves better material.”

Continue reading: 'Beauty And The Beast' Is Just Beastly

The CW’s new crime drama, Beauty and The Beast, is receiving a hard time from the critics. The show, starring Kristin Kreuk, Jay Ryan, Max Brown, Nina Lisandrello and Nicole Gale Anderson has been pretty much panned universally, but what exactly is wrong with it?

Well, for start, when the 1991 Disney film was released – on which this series bases its name and premise – the story was a moral one, suggesting that inner beauty trumps vanity. In this show, the ‘beast’ is actually a pretty good-looking guy with a scar on his face. Now this scar, alongside a slightly dodgy temperament that lands Jay Ryan’s character in trouble sometimes, is more akin to Harry Potter than it is the Beast, or Prince Adam as he was in the animation. It just doesn’t work, and certainly doesn’t portray the moody, tortured genius of a character the show undoubtedly set out to achieve.

However, if you’re a fan of government conspiracy dramas, and you watched up all your Bourne films recently, then you might want to make your own mind up about it. Given half a star by USA Today, the show airs on Thursday on CW at 9pm ET/PT. 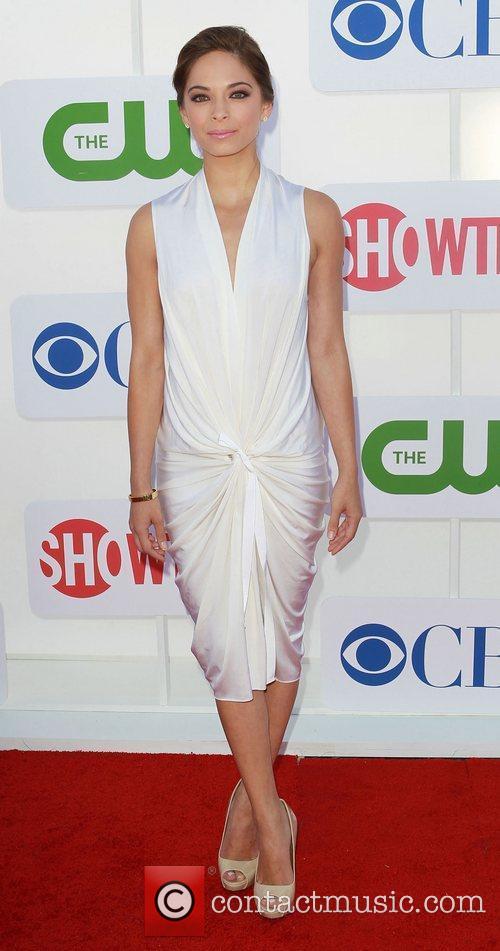 Lloyd lives the good life: he goes clubbing almost every night, is surrounded by beautiful girls and takes ecstasy almost religiously. While Lloyd may act like a twenty something, he is really in his thirties. And he doesn't live in a bachelor pad; he lives with his alcoholic father, who he doesn't get along with.

Beauty And The Beast Picked Up For Full Season

'Beauty and the Beast' is Just Beastly