Lady GaGa was thrilled to receive the Hero Award in recognition of her work with the LGBT community in LA last night (04.12.11), calling it better than a Grammy. 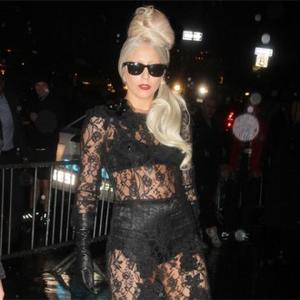 Lady GaGa's has declared her Hero Award in recognition of her work with the LGBT community better than a Grammy.

The 'Marry the Night' hitmaker was honoured by the Trevor Project - a non-profit company that offers suicide-prevention services to lesbian, gay, bisexual and transgender (LGBT) youth - at their annual Trevor Live event in Los Angeles last night (04.12.11) and said it means more to her than receiving accolades for her music.

Accepting the prize at the star-studded event at The Hollywood Palladium, she said: "This means more to me than any Grammy I could ever win."

Gaga was presented with her award by the family of Jamey Rodemeyer, the New York teenager and huge Lady Gaga fan, who killed himself in September after enduring constant bullying over his sexuality.

Zachary wrote on twitter: "Such a moving and inspiring evening at trevor live with TrevorProject and many friends! enormous heaps of gratitude! (sic)"