The 30 year-old singer was stopped by police after he was caught driving erratically in the early hours of Friday morning. 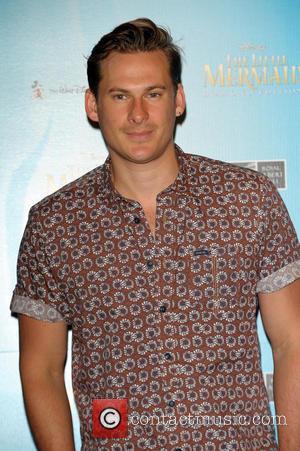 Blue singer Lee Ryan spent the night in a jail cell after being arrested in the early hours of Friday morning (April 11th).

The 30 year-old was apprehended by the authorities for allegedly drink-driving and suspected possession of cocaine, according to The Sun.

The report states that police found Ryan driving erratically at 5.30 am after he went on a night out with band mate Duncan James.

He wasn't very pleased about being arrested, according to the newspaper he "went berserk and peed all over his police cell," and refused to take a breathalyser at the police station where he was held for 12 hours.

This led Ryan to formerly arrest for a second time in the night.

A spokesperson for the Metropolitan police told The Sun, "Police stopped a car after officers witnessed it being driven erratically. The driver was arrested on suspicion of drink driving and taken into custody."

Adding, "He was subsequently further arrested on suspicion of possession of Class A drugs and criminal damage."

This isn't the first time the pop-star has been arrested on suspicion of drink-driving, in 2003 he was banned and fined £2,250 after being charged with a DUI.

Ryan was also put behind bars in December 2007 for allegedly assaulting a taxi driver in Surrey, but was released on bail until February 2008. In June of that year he was fined £300 at Guildford Magistrates' Court.

In August 2010 the 'One Love' singer was charged with assault after apparently hitting his then fiancé Samantha Miller, but the charges were later dropped and the pair eventually separated.

The spokesperson added, "Lee Ryan, 30, will appear on bail at Ealing Magistrates' court on Friday, May 2nd, charged with failing to provide a specimen and criminal damage." Lee Ryan was arresed in the early hours of Friday morning