Holly Woodlawn, the transgender actress who gained fame as one of Andy Warhol’s superstars in the 1970s, has died aged 69. Woodlawn had been battling cancer in recent years and passed away at an assisted-living facility in Los Angeles on Sunday. The punk veterans join Bill Withers, Joan Jett and the late Lou Reed in the pantheon of musical greats.

Esteemed musical institution the Rock and Roll Hall of Fame has announced its class of 2015. The six musical acts to be inducted are: Green Day; Bill Withers; Joan Jett & The Blackhearts; Stevie Ray Vaughan and Double Trouble; Lou Reed; and the Paul Butterfield Blues Band.

Former Beatle Ringo Starr will be honoured during the ceremony with an award for musical excellence, and ‘50s R&B quintet The “5” Royales will also be recognised for their influence on early pop music. Green Day are to be inducted into the Rock and Roll Hall of Fame, along with five other artists

Continue reading: Green Day One Of Six Artists To Be Inducted Into Rock And Roll Hall Of Fame Fans gathered to sing along at a New York tribute.

Fans of the late rocker Lou Reed gathered in New York to pay their respects by singing some of the former Velvet Underground frontman's songs yesterday afternoon. Pedestrians walking through New York's Lincoln Center and Reed's former city of residence stopped to listen as 'The Blue Mask' was first blasted through speakers. Lou Reed Was Remembered At A Unique Lincoln Center Memorial.

As the music begin blaring, people stopped and closed their eyes, tapped their feet, sang along - and some even danced in the chilly weather. The afternoon memorial continued as the music continued to play and Laurie Anderson, Reed's widow who was with him when he died, appeared to talk to fans and pose for photographs.

Lou Reed left both his properties to wife Laurie Anderson.

Velvet Underground frontman Lou Reed has left his estate to his musician wife Laurie Anderson and other relatives.

Reed left his West 11th Street Manhattan penthouse, his $1.5million home in East Hampton, New York and the bulk of his estate including clothing, art, boats and touring company Sister Ray Enterprises to his wife.

His sister inherited about a quarter of his estate and a $500,000 bequest to care for their mother. The rocker - who married long-time partner Anderson in 2008 - had no children.

Continue reading: Lou Reed's Estate: What He Left, And Who He Left It To

According to the terms of his will, the rocker's estate will be divided between the three women in his life

As we continue to mourn the death of one of the most iconic and influential rock stars of the last 50 years, it has been easy to forget that underneath all the tales of excess and debauched living, Lou Reed was actually something of a family man. As the terms of his will - recently made public by the New York Post - state, the icon's wealth has been split up amongst his family, the bulk of which is going to the three most important women in his life. His wife, Laurie Anderson, his only sister and their elderly mother have been named as the main benefactors from the will, which was filed in Manhattan Surrogate’s Court on Monday, 4 November. His wife Anderson, whom he married in 2008 after more than a decade of being in a professional relationship, was bequeathed the largest portion of his money, and has been given all of his worldly possessions, including a multi-million dollar apartment in the Hamptons, their West 11th Street apartment and any jewellery, clothing, art, cars and boats once belonging to him. She has also been named as the new head of his touring company Sister Ray Enterprises and has been given 75% of his estate.

Lou Reed's wife, Laurie Anderson paid tribute to her late husband in the local newspaper, calling him "a prince and a fighter".

Laurie Anderson's husband, Lou Reed, died on Sunday (Oct 27th) of an ailment following a liver transplant earlier this year in May.

Tributes poured in from all around the world to pay tribute to Reed but now the most important women in his life as penned a letter of remembrance: an obituary in the local newspaper. How The Hell Did Anyone Confuse Lou Reed With Lou Bega?

It's difficult to see how this happened.

If you’re the journalist responsible for confusing the identities of Lou Reed and LOU BEGA, then, that’s pretty funny. You made a bad mistake, but, it’s a funny mistake, and certainly not the end of everything – the world etc. But confused they were. Bizarrely, Bega – who sung the ridiculous hit, ‘Mambo No. 5’ – started receiving tributes, which was pretty confusing, we’d imagine.

Continue reading: How The Hell Did Anyone Confuse Lou Reed With Lou Bega? 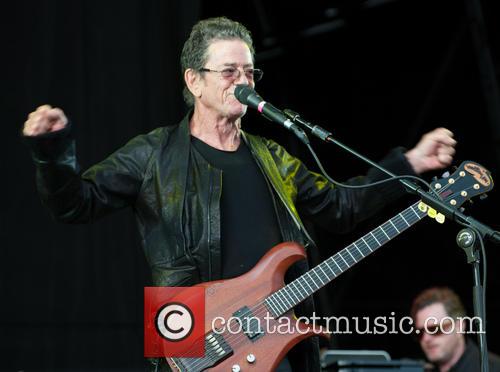 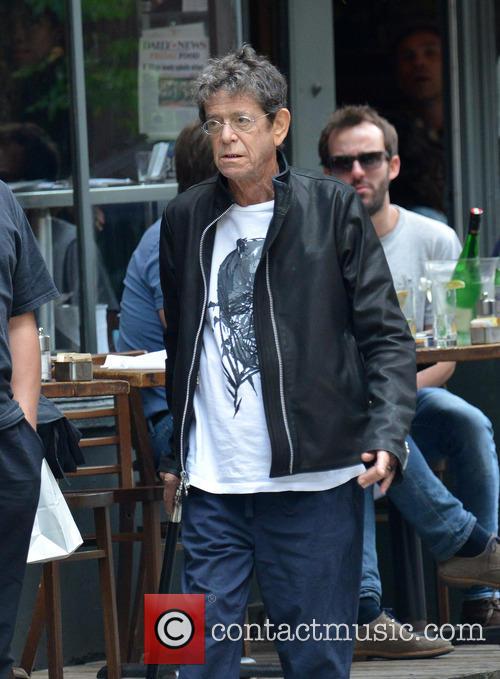 How The Hell Did Anyone Confuse Lou Reed with Lou Bega?