Glastonbury Festival Boss Michael Eavis Is Working On Plans To Move The Fabled Event To Another Site Due To Land Ownership Problems, Declaring "All Good Things Come To An End." 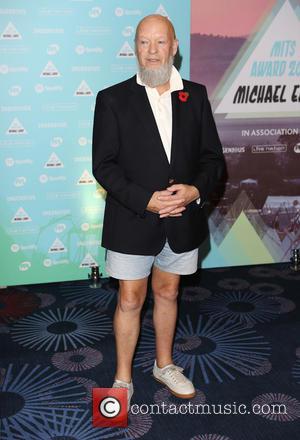 The iconic festival has been taking place in Somerset, England, close to Eavis' Worthy Farm in the village of Pilton, since 1970, but the longtime organiser does not own all of the land which makes up the event site and he is now looking into relocating Glastonbury for the first time in its history.

He tells Sky News, "I'm always worried about the future, about the land not being available because I only own the middle bit. Where the Pyramid (stage) is and all the land around it is owned by other people, so that could be a problem long-term. I may have to find a site that's bigger and is all under the control of one person. That's the ideal situation, so that might happen in the long-term... All good things come to an end and one has to make changes. I would love it to stay but it's getting very, very complicated now."

This year's (15) festival, which runs from 26 to 28 June (15), will be headlined by Florence + The MAChine, Kanye West and The Who. The Foo Fighters cancelled their Friday night slot after frontman Dave Grohl broke his leg at a show in Sweden.