Downton Abbey Star Michelle Dockery Has Dropped Out Of A Play In London's West End, Six Weeks Before She Was Due To Take To The Stage. 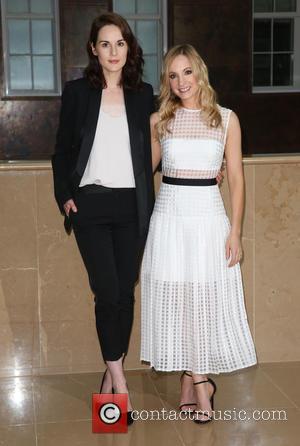 The actress, who stars as Lady Mary Crawley in the British period drama, was due to play Madame de Tourvel in a production of Les Liaisons Dangereuses at the British capital's Donmar Warehouse theatre.

However the play, which also stars The Wire's Dominic West, will now feature Irish actress Elaine Cassidy in the role.

"We are delighted to welcome Elaine Cassidy back to the Donmar playing Madame de Tourvel, I can't wait to work with Elaine and our fantastic company when rehearsals start on Monday, and hope to work with Michelle in the future," the venue’s Artistic Director Josie Rourke says.

Tickets for the show, based on Pierre Choderlos de Laclos' 1782 novel about aristocratic French love rivals, had already gone on sale before Michelle's departure was announced.

The novel was first adapted for the stage in 1985 and came to cinemas in 1988 as Dangerous Liasons, an acclaimed film featuring Glenn Close, John Malkovich and Michelle Pfeiffer.

No official reason has been given for Michelle's departure from the show, although a source tells Britain's Daily Mirror newspaper that the cast change may be down to scheduling conflicts.

Michelle is currently filming an adaptation of Julian Barnes' novel The Sense of An Ending for the BBC and has been cast in Consider Yourself, a film about Lionel Bart, the creator of the musical Oliver!, which is due for release in 2016.

Les Liaisons Dangereuses will run at the Donmar Warehouse from December 11 (15) until 13 February (16).