Morgan Freeman has given $1 million to Barack Obama's campaign for re-election to the post of US president. 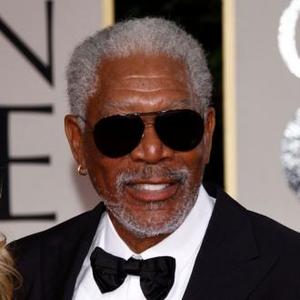 The 'Dark Knight Rises' actor joins the likes of Bill Maher and Dreamworks Animation CEO Jeffery Katzenberg in delivering millions of dollars to the operation, and Morgan has praised the Democrat president's history of working on ''tolerance''.

He said in a statement: ''He ended combat operations in Iraq, put in place sensible reforms of Wall Street, saved the auto industry and protected the health care of every American.

''He has led our nation to be more tolerant and placed impressive, accomplished women on the Supreme Court. In return, he is the target of hundreds of millions of dollars from right-wing sources. I am proud to lend my voice - and support - to those who defend him.

''Priorities USA Action is doing a great job of protecting the values I believe in. I am happy to help them and I hope others will join me.''

Despite Morgan giving away the large sum, he recently had to close his restaurant Madidi in Clarksdale, Mississippi, because it wasn't making enough money.

In a statement on his Facebook page, Morgan's business partner Bill Luckett, said: ''Madidi Restaurant 2001-2012. Madidi was one of Mississippi's premier dining establishments owned by Bill Luckett and Morgan Freeman. We thank the many who dined with us over the years.''

Bill says he's been looking for a buyer and while they are yet to find one, he is hopeful of getting one.

He added: ''The restaurant has never made money. It was never about the money to us. Success is not always measured in financial gains ... There is a satisfaction in helping your community and exposing people to something they haven't been exposed to.''