This is one of those warm, unchallenging comedies that's entertaining to watch even though something about it feels vaguely inane. Basically, nothing about it is even remotely realistic; people never actually do or say these kinds of things. But we kind of wish they did. And as writer-director Nancy Meyers makes a series of pointed observations about the value of age and experience, we can't help but wistfully smile and nod along. It's set in a picturesque mix of old and new Brooklyn, where pensioner Ben (Robert De Niro) has run out of ways to make his life interesting after his wife of more than 40 years died. He's done the travelling, spent time with his grandson on the opposite side of the country, and now he's applying to be a senior intern at a wildly successful fashion website. He's assigned to work with founder and CEO Jules (Anne Hathaway), an overachiever who prefers to do everything herself while her equally astute husband (Anders Holm) stays home with their adorable daughter (JoJo Kushner). Jules is so busy that she barely notices that both her company and her marriage are slipping out of her grasp, but Ben is sharp as a tack, and gently helps her reset her priorities. Meanwhile, he also finds romance himself with the company's hot masseuse (Rene Russo).

Virtually everything in this movie feels comfortable and easy, with conflicts that aren't actually that difficult to manage and side characters who never steal the spotlight from the stars. The only dark shadow in the film appears when Ben discovers that Jules' husband is having an affair, and her reaction nicely sidesteps the usual way movies approach the issue. Otherwise, the film plays along nicely, never ruffling feathers while constantly pointing out how wise old people are, really. Thankfully, De Niro is so relaxed in the role that he avoids sentimentality, effortlessly mixing the comedy and drama. He sparks some engaging father-daughter-style chemistry with Hathaway, who nicely mixes Jules' tough drive with an underlying yearning to get her life back in balance.

Of all the stars a young actor could want to get advice from, Robert De Niro is probably at the top of most people’s lists. With a film career spanning over 50 years, the Oscar winning actor has made more than 90 movies and has plenty of wisdom to impart on the younger generation. 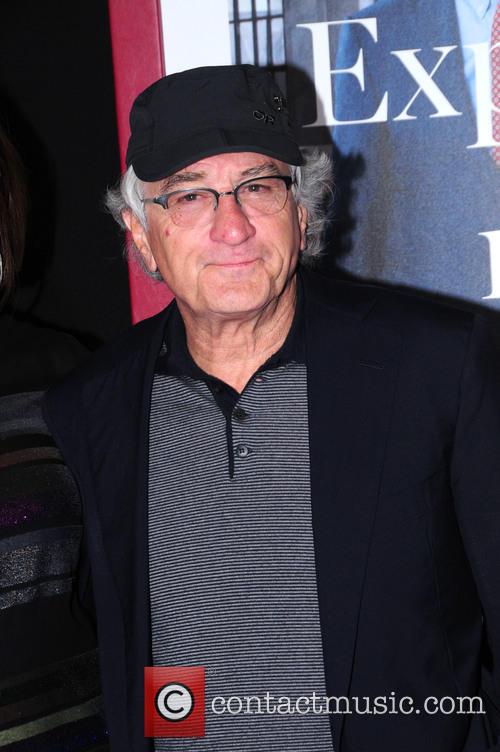 Speaking about what each generation can learn from the other, De Niro said, “Theres no downside in asking somebody who’s been around a lot longer than you, especially if they've done things that you've done, or in that area.”

Retired and, frankly, bored, 70-year-old Ben Whittaker decides the quiet life is not one he needs right now and instead opts for a career move. He applies as a senior intern for a fashion website following the death of his wife, and despite his age he is taken on by the young company CEO Jules Ostin. It isn't long before Ostin beccomes increasingly reliant on Whittaker as he becomes something of a grandfather figure to her; his old-fashioned charm, positive energy and kind wisdown beguiling her as she struggles under the pressure of managing an ever-growing business. Even the board are suggesting she take on a new manager to take off some of the pressure, so Whittaker is exactly what she needs to boost her self esteem and help her stay on track. She's not the only one with a soft spot for Whittaker; the youth of the rest of the office are being taught a thing or two about relationships of all kinds, as he himself learns about the beauty of the modern world.

Ben Whittaker is a 70-year-old retiree who has little left in his life to keep him occupied, now that his wife has passed away. He's keen to re-start and take on new job and discovers a vacant position for a senior intern at a fashion website. He gets the job to much surprise from the rest of the company. The site is run by Jules Ostin; a young entrepreneur who's visibly struggling in her role as CEO and feels like she's on the verge of a crisis. Ben becomes an unlikely confidante, boosting her self-esteem with words of wisdom and worldly advice, as she in turn shows him the wonders of modern life and technology. The other young employees are starting to feel that they could take a leaf out of his book too, as the smart and sophisticated Ben proves firmly that there's life in the old dog yet.

Watch the trailer for It's Complicated

Director Nancy Meyers Cast Her Own Intern In The Intern