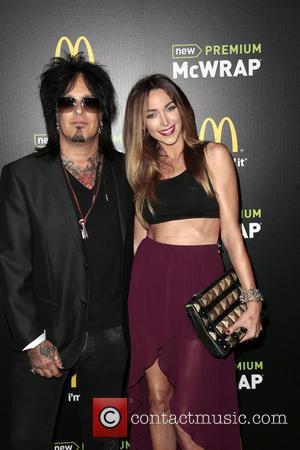 Rocker Nikki Sixx has credited his 12-year-old daughter with helping him pull through following the death of his mother over the weekend (08-09Jun13).

The Motley Crue star's mum, Deana Richards, died on Saturday (08Jun13) at the age of 74, and Sixx has now broken his silence following his loss.

Sixx has praised his 12-year-old girl Frankie-Jean, with his ex-wife Donna D'Errico, for helping him cope, writing in a post on his Twitter.com page, "Been one hell of a week. My 12-year-old daughter wrote 'live in the Moment' and stuck it on our refrigerator. Out of the mouth of babes."

He also thanked his friend Duff MCKagan and his wife Susan for sending flowers.