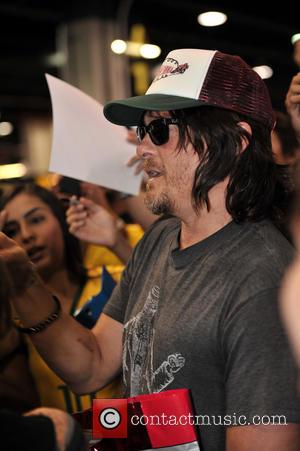 Actor Norman Reedus is set to release a book of fan art for charity.

The Walking Dead star has been receiving fan-created illustrations of his character, Daryl Dixon, for several years and he has put the best portraits in a new picture book.

Thanks For All the Niceness will be released in October (14) and the proceeds from sales will benefit The Bachmann Strauss Dystonia and Parkinson Foundation, which works to find "treatments and cures for the movement disorders dystonia and Parkinson's disease."

The book features over 100 tattoo designs, cakes, pencil sketches and mosaics, among other pieces.