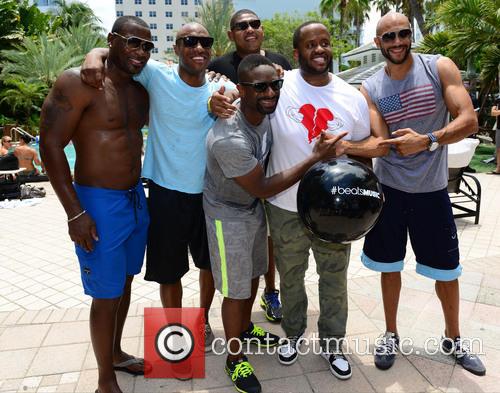 With a powerhouse cast and an anaemic script, this violent revenge thriller never quite gets off the ground. It's watchable for the character detail, but resolutely refuses to make any logical sense as it charges through its corny plot. Fortunately the slick filmmaking and charismatic acting hold our attention, adding a hint of sophistication to the bluntly brutal story.

It's set in the Louisiana bayou, where former undercover agent Phil (Statham) is trying to have a quiet life with his young daughter (Vidovic). But the locals are wary of outsiders, and a schoolyard confrontation escalates into a feud between Phil and a resentful woman (Bosworth) who calls her gangster brother Gator (Franco) for help in getting even. Gator quickly discovers Phil's past, then enlists his trashy pal Sheryl (Ryder) to contact Phil's old enemies. But as these ruthless thugs descend on the bayou, they fail to take into consideration the fact that Phil has nearly super-human fighting skills.

There's plenty of possibility in this rather tired premise, but Stallone's boneheaded script never bothers to make things believable, skipping over key details and indulging in trite coincidences. Fleder manages to obscure this with his fluid, pacey direction, and the cast is unusually good for such a simplistic thriller. The charismatic Statham doesn't stretch himself much, occasionally attempting a bit of real acting in the father-daughter scenes (his romance with LeFevre's teacher is never developed). Bosworth and Ryder add some unpredictable edges to their stereotypical roles. And it's Franco who steals the film as an unusually thoughtful redneck thug. Although his moral quandary doesn't put off any of the nastiness.

Phil Broker is an ex-cop sadly widowed and left with his 10-year-old daughter Maddie. The pair decide to move to a beautiful small Southern town with the most stunning lake views, a good size house and plenty of places for quiet horse riding. However, their utopic vision is ruined very soon when a bully targets Maddie at her school. Like her father taught her, she fights back and she and her father find themselves facing the wrath of one unhappy parent with connections to the local drug lord Gator. Soon their lives get very comfortable when Gator begins to torment them by breaking into their house while their out. When he discovers Broker's former occupation, he and his comrades arm themselves and set out to teach this newcomer a lesson. Broker can handle himself, but when his daughter his kidnapped, he finds himself fighting harder than he ever has before.

Phil Broker is a former DEA agent who moves to a beautiful small town with his 10-year-old daughter Maddie after the death of his wife. It seems like the perfect place to live with its incredible lakes, horses and a large house, but things aren't always what they seem which Phil finds out when his daughter fights back against a bully at school. The mother of that bully takes revenge by getting in touch with Gator; a local drug lord who enjoys subjecting his victims to weeks of fear and paranoia. He breaks into Phil's house while he and Maddie are out and doesn't hesitate to leave a few clues that someone's been there. Phil proves to be able to handle himself, but that only puts him in further danger when Gator and his crew force their way into the house at night armed with guns and try to take his daughter from him.

By Rich Cline
Good
It's not like we expect anything else from Bruckheimer: this is a loud, wacky, effects-laden extravaganza that's short on plot, characterisations and any real tension. But it's also rather mindless good fun.

One of Merlin's apprentices, Balthazar (Cage), has been searching for Merlin's heir for nearly three thousand years, finally locating him in New York City in physics geek Dave (Baruchel). Doubtful but intrigued, Dave learns that Balthazar's ex-colleague Horvath (Molina) is determined to resurrect the evil Morgana (Krige) to destroy humanity. But Dave is badly preoccupied by the fact that the girl (Palmer) he has loved since age 9 is suddenly showing him some interest. Can't this world-saving business wait?

By David Levine
Bad
In Shall We Dance?, Richard Gere plays a man in the throes of a mid-life crisis. This is new territory for the 55-year-old actor who's always found himself opposite considerably younger leading ladies. Here, he actually plays a man his age, and is married to someone a bit more believable. Has Gere finally grown up? Of course not! He decides taking ballroom dance lessons from a woman 20 years his junior will help out of his funk. Gere plays Chicago lawyer John Clark, a man in a rut. Day after depressing day, it's the same routine of drawing up a few wills, running a couple miles on the treadmill, and returning home to apathetic wife Beverly (Susan Sarandon) and their two teenage children. The only highlight of his day is the fleeting moment when the "L" train passes by the beautiful but solemn looking woman in the window of Miss Mitzi's Dance School. Drawn to her, John impulsively jumps off the train and into the dance studio where he's confident that lessons will bring happiness back to his life.

Continue reading: Shall We Dance? (2004) Review

In Shall We Dance?, Richard Gere plays a man in the throes of a mid-life...