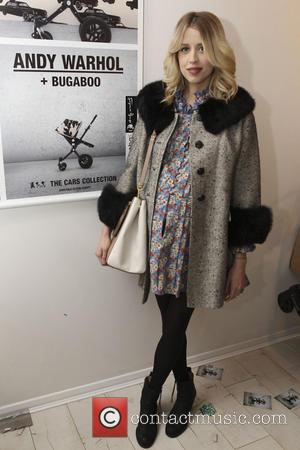 Peaches Geldof and Thomas Cohen have welcomed their second child into the world. Their son Phaedra was born on Peaches’ late mother Paula Yates’ birthday and a report from The Sun suggests that Peaches had planned a caesarean section so that the birth took place on the special day. The Sun reported yesterday that Peaches “chose to have a caesarean section on April 24” and added that they had named their second child after an album by Tangerine Dream.

Peaches is the daughter of Paula Yates, the former TV presenter and Boomtown Rats musician Bob Geldof. She was hoping that her first son, Astala, would be born on April 24 last year, but missed the birth date. so opted for a caesarean this time round. Her husband, Tom Cohen, of the band S.C.U.M. was present for the birth and she’s also been visited by her sisters Fifi (30), Pixie (22) and her half sister Tiger Lily (16), whilst in hospital. A source revealed that the procedure had all gone to plan: ““It all went smoothly and Peaches will be in hospital for a while to recuperate… They are particularly pleased about the significance of the date as it makes Peaches feel she is keeping her mum’s memory alive.”

Paula Yates passed away aged 41 in September 2000, when Peaches was 11. She died of a heroin overdose at her home in London. Peaches Geldof - has given birth to second son, Phaedra