Pete Wentz's childhood ambition was to play professional soccer in Europe because he felt he had a ''magical connection'' to the ball. 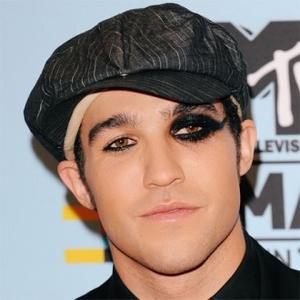 Pete Wentz always wanted to be a soccer player in Europe instead of a Rock Star.

The Fall Out Boy star was surprised when he found fame as a musician because he was convinced he would have a sporting career when he was a teenager.

Speaking about his dreams when he was 17, he said: "I played soccer, but I wasn't really a jock. It was something I was really passionate about. I feel like I had a magical connection with the ball. I wanted to play professional soccer in Europe."

The musician - who has an eight-month-old son, Bronx, with wife Ashlee Simpson-Wentz - recently took to twitter to share some embarrassing secrets about himself.

Among his embarrassing admissions were the fact he one had a crush on Axl Rose after mistakenly thinking the Guns N' Roses rocker was a woman.

He confessed: "thought axl rose was some weird hot la chick in the 'welcome to the jungle' video. Oops. (sic)"

The star - who admitted he was drunk when posting on the micro-blogging website - also spoke of his most embarrassing school incidents.

He posted: "in 6th grade homeroom tried to let out a silent but deadly but it came out a super low whistling fart.

"in 1st grade i called my teacher mrs. Hanson 'mom' once when i raised my hand. got laughed at for a whole year. (sic)"