Psy loves vodka. We know that. 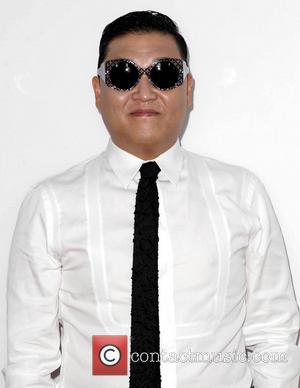 Psy may appear the cartoonish pop hero of 2012, though it seems the 'Gangnam Style' singer has a vice just like anybody else: drinking, specifically.

His YouTube channel hit three billion views earlier this month, though it appears Psy is not immune to the pressures of success.

During a candid interview with The Sunday Times Magazine, the singer admitted that vodka is his "best friend."

Psy named his poison of choice as a lovely little bottle of Korean vodka, calling it both his "best friend" and "vice partner."

The artist, 35, added that the only time he doesn't drink is "when I'm hung over."

Watch Psy chatting on the red-carpet:

During the interview, the Gangnam Style singer also discussed his brief imprisonment in Korea in 2001 for possession of marijuana. Describing it as a "horrible fall," he added, "As an artist, the more experience, the better the creation. I'm a very positive person. So if s*** happens, I think maybe this happens because a huge amount of happiness is coming to me."

Despite not releasing an album or touring, AP estimated that Psy earned at least $8.1 million in 2012. Psy At The Much Music Video Awards Psy In A Different Outfit At The Much Music Video Awards