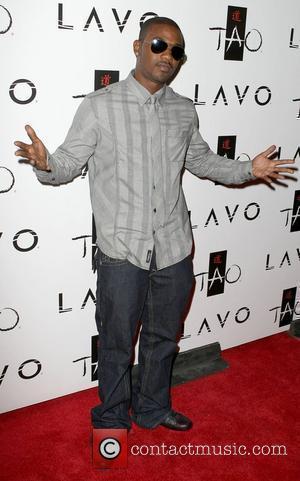 R&B singer Ray J has come forward to set straight rumours he is gay - insisting the stories were started by a snubbed contestant on his reality TV dating show.
Monica Danger, who appeared on his VH1 series For the Love of Ray J, sparked speculation about the star's sexuality in a recent radio interview, alleging Ray J has been dating rapper Young Buck.
She said, "Ray J’s gay. Ray, I love you, I respect you, but you are selling me everywhere. Ray J’s lover of years is Young Buck. I’m really mad too.”
But the singer has dismissed Danger's claims, accusing her of creating the stories after he failed to return her calls.
He tells Allhiphop.com, "I still got love for Danger, that’s one of my peoples (sic). But I didn’t (return) her calls for the last 2-3 weeks. So she threatened to say ‘I’m going to tell people you’re gay!’ She went along and actually did it! I’m not gay but I got love for gay people because I work with gay people... girls and dudes. I’m comfortable with my sexuality."
And he's not angry with Danger for her public comments, adding, "We’re both upset with each other. But it’s ok, I’m going to work it out with her soon and we’ll be friends again."