Rick Rubin (born Frederick Jay Rubin, 10.3.1963) Rick Rubin is the head of Columbia Records and is a well-respected record producer.

Childhood: Rick Rubin was raised in Long Island, New York. His family are Jewish; his father was a shoe wholesaler and his mother was a housewife. Rubin attended Long Beach High School, where he befriended the school's AV director, Steve Freeman. Freeman helped him to learn the guitar and taught him some songwriting skills.

Rick Rubin then formed a punk band called The Pricks. He was not popular with other musicians, due to his rudimentary skills.

Whilst he studied at New York University, he formed another punk band called Hose, heavily influenced by the San Francisco band Flipper.

Career: The first Def Jam release was a Hose "7. It was released in a brown paper bag, with no label. Hose played in and around the New York punk scene, and toured the States with bands such as the Circle Jerks, Butthole Surfers and Meat Puppets.

Rick Rubin then became interested in the production techniques used in hip-hop music. He learnt a lot from DJ Jazzy Jay of Zulu Nation and in 1983, the two of them produced the track 'It's Yours', for the rapper T La Rock. They released the track on Def Jam and the producer Arthur Baker helped them to distribute the record through his Streetwise Records label.

When Rick Rubin met Russell Simmons, he helped to progress Def Jam Records, whilst Rubin was still attending university. The first release on the newly launched Def Jam was 'I Need A Beat' by LL Cool J. Their next signing was Public Enemy and they then released the 'Rock Party' / 'Party's Getting' Rough' / 'Beastie Groove' EP from the Beastie Boys. Along with his work producing Run-D.M.C. Rubin gained a reputation for fusing hip-hop and heavy rock production.

Capitalising on this, Rubin decided to get Aerosmith and Run DMC. to collaborate on a new version of Aerosmith's 'Walk This Way'.

In the 1985 film Krush Groove, Rick Rubin played a character based on himself. The film was based on Russell Simmons' early days as a record producer.

In 1988, Rubin lost a power struggle with the president of Def Jam, Lyor Cohen. Russell Simmons stayed in New York and stayed at Def Jam. Rick Rubin moved to Los Angeles and formed a new company, Def American Records. He signed a number of heavy rock bands to the label, including Danzig, Wolfsbane, Slayer and Masters of Reality. He also worked with a number of alternative rock bands such as The Jesus and Mary Chain.

Rick Rubin changed the name of Def American to American Recordings and the first release on the newly-named label was Johnny Cash's American Recordings in 1994. The album revived Cash's career and the pair went on to work together on four more Johnny Cash albums, Unchained, Solitary Man, The Man Comes Around and A Hundred Highways. It was Rick Rubin's idea that Johnny Cash should record a cover of 'Hurt' by Nine Inch Nails.

Rubin then went on to work with a number of established, older artists, including Metallica, Tom Petty, Mick Jagger and Donovan. In 2005, he produced Shakira's double album project, Fijacion Oral Vol. 1 and Oral Fixation Vol. 2.

In 2007, Rick Rubin became the head of Columbia Records. The same year, he won a Grammy Award for Producer of the Year, for his work with Justin Timberlake, Green Day, U2 and The Dixie Chicks.

By Stephanie Chase in Lifestyle / Showbiz on 13 January 2017

The mystery of where Kim and Kanye shot their “middle class” family photos has been solved.

After months away from the spotlight, Kim Kardashian finally returned to Instagram last week with a series of family photos.

But rather than their usual plush surroundings Kim and Kanye, along with their two children North and Saint, were pictured in a much more modest setting, causing some fans to wonder why they were trying to appear ‘poor’.

Now the location of Kim and Kanye’s photoshoot has finally been revealed.

Continue reading: The Location Where Kim Kardashian And Kanye West "Played Poor" Has Been Revealed 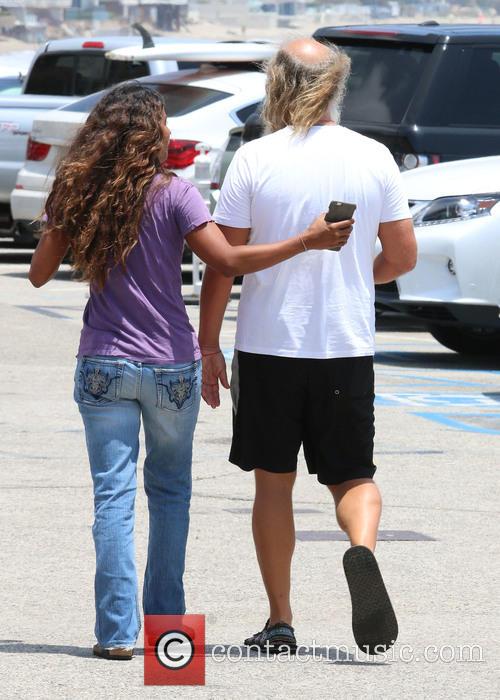 Justin Bieber has almost finished recording his new album with Kanye West and Rick Rubin. The pop-star curiously noted to USA Today, "I don't want to say 'it's different', because that's what everyone says. But it is different." Bieber said his well-publicized period of notoriety - he's has numerous problems with the law - has been reflected in his music. By Holly Williams in Music / Festivals on 28 January 2015

The singer was supported by Ryan Keen at the Assago Forum show.

Language barriers weren't a problem for Ed Sheeran and his Italian fans as he hit the Assago Forum in Milan on Tuesday (January 27th 2015) as part of the European leg on his 'x Tour' to an adoring crowd that loved every minute of his epic setlist. The red-haired popstar performed tracks from both his acclaimed debut album '+' as well as his latest album 'X' which went multi-Platinum upon its release in June last year topping charts in both the UK and US and impressing critics with various gems such as 'Sing' and 'Thinking Out Loud'.

'My Favourite Faded Fantasy' by Damien Rice hits the UK in November 2014, co-produced by Rick Rubin.

Eight years after the release of his acclaimed number one second album '9', Damien Rice is returning with a new record entitled 'My Favourite Faded Fantasy' - and from what we've heard, the result looks like an exciting prospect. The Irish singer-songwriter crooned his way into the hearts of thousands with his easy listening first albums - 2002's 'O' and 2006's '9' - and tracks such as 'Cannonball' and '9 Crimes', and now he's preparing to come back in style as he teams up with pioneering record producer Rick Rubin (who lent his artistic hand to the likes of Jake Bugg's 'Shangri La', Lady Gaga's 'Artpop' and Ed Sheeran's 'X' in recent times) for his significantly longer titled third release. The album's title track was debuted by Zane Lowe on BBC Radio 1 and will be available for free with every pre-order, with the first single 'I Don't Want To Change You' due to follow shortly.

Continue reading: Damien Rice Teams Up With Rick Rubin On His Long-Awaited Third Album [Listen To My Favourite Faded Fantasy]

Surprise, surprise, Pharrell Williams is behind another one of 2014's catchiest hits.

With his sophomore album, X, Ed Sheeran is taking a whole new musical direction and he couldn’t have found a better advisor than Pharrell Williams. In his new MTV documentary, Sheeran talks about the process of working on his first single off X, the dance anthem Sing. Apparently the track wouldn’t have seen the light of day (not as a single anyway) until much later, had it not been for Pharrell’s advice. 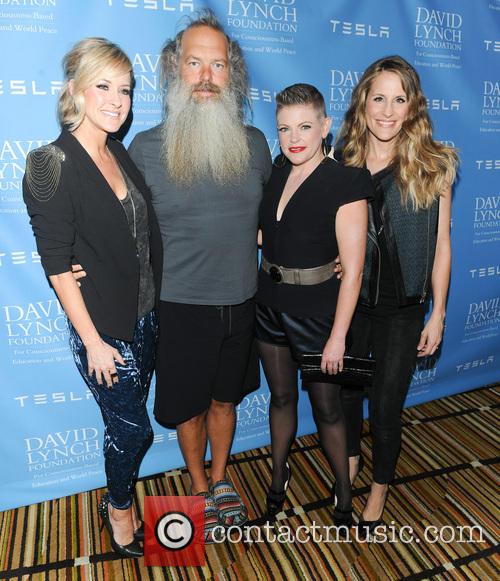 The rapper didn't take part in any sketches, but he did take over the stage in his own special way.

Eminem graced the SNL stage for the sixth time in his career last night, performing his latest single Berzerk, which really got the audience going. He was backed by longtime collaborator Rick Rubin, who took on the job of DJ, providing the sample of Billy Squier's "The Stroke" on his turntables. Eminem emerged soon after, on top form, spitting out a slew of verbal middle fingers, mercifully without censoring himself for the Studio 8H audience. Even on his eighth studio album, Eminem is still clearly in top shape.

He displayed some unusual energy throughout the performance, dashing from side to side to the rock-ish beat and occasionally engaging the audience in a little call-and-response (because a performance is nothing without a nice bit of audience participation, right?)

Why should he be humble? Marshall Mathers returns...

Eminem has dropped the latest track from his upcoming album, The Marshall Mathers LP 2, which will be out in November. 'Rap God' follows earlier singles 'Berzerk' and 'Survival.' The new six-minute track picks up the fury and pace, name-checking peers over a window-wiper synth. Slim Shady raps at break-neck double time pace, taking no prisoners. The new album's name harks back to Eminem's 2000 classic record, The Marshall Mathers LP, and the artwork certainly recalls that of Eminem's earlier life, featuring an image of his Detroit childhood home.

Eminem Reveals The Tracklist For 'The Marshal Mathers LP 2'

Eminem released the full details of his 16-track line-up for his upcoming album, The Marshal Mathers LP 2. The follow-up to 2010's chart-topping Recovery will be released next month, and in a bid to produce further excitement, the Detroit-native released the full tracklisting, including guest spots, on Tursday, 10 October (via Billboard). Em will release MMLP2 on 5 November

MMLP2 will feature a host of special appearances from the likes of rap's latest wunderkind Kendrick Lamar, Skylar Grey, Fun. frontman Nate Ruess and Bajan beauty Rihanna, who Em also worked with on his last album for the mega-hit 'Love The Way You Lie.' On top of these guest artists, we already know that long-time collaborator Dr Dre has at least one production credit on the album along with the legend that is Rick Rubin, with the pair also serving as executive producers. DJ Khalil, Scoop DeVille, Symoblyc One, No I.D. and Eminem himself have also contributed beats to the album.

Eminem's 'Survival' doubles as a promotional took for Activision's 'Call of Duty: Ghosts'

Two months after dropping his latest single Survival, Eminem has released the accompanying video.The rapper's theme song for Call of Duty: Ghosts comes equipped with a promo that acts as one massive commercial for the forthcoming game, set for release on PS4 and Xbox on November 15, 2013 and November 22, 2013 respectively. 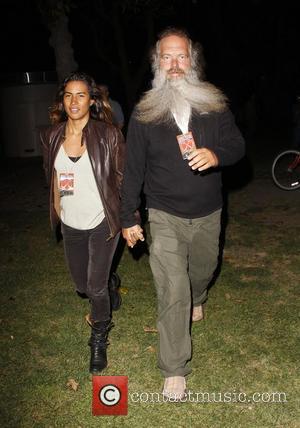