Rupert Grint and Chloe Moretz will join the cast of 'The Drummer', the indie music biopic of Beach Boys drummer Dennis Wilson. 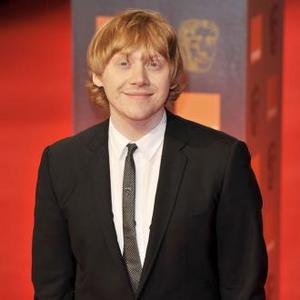 Rupert Grint and Chloe Moretz are set to star in 'The Drummer'.

Rupert will play Stan Shapiro, a mail room intern at the William Morris Agency, who befriended Dennis during the last few years of the musician's life while Chloe is reportedly in final negotiations to play the musician's daughter Jennifer.

'The Drummer' will chronicle the final six years of Dennis' life up to his death in 1983 and will feature tracks from the musician's 1977 solo album 'Pacific Ocean Blue'.

Director Randy told Variety: ''We'd been trying to figure out who the right person would be to fill this role. It's quite a demanding role so it had to be a great actor who could sing.''

''There's a Discovery about Dennis with this film. Everybody knows Brian [Wilson, frontman], but nobody really knows Dennis' music.''

Aaron will also serve as executive producer on the movie, with two of Dennis' children Carl and Jennifer, acting as co-producers alongside the director, writer Jody Savin and Brad Rosenberger.

Dennis - who was a heavy drinker and smoker - drowned shortly after his 39th birthday.

He had been drinking all day and diving in the afternoon in an attempt to recover items he had thrown off his yacht at Marina Del Ray three years earlier.