Russell Brand was thrilled to work on 'Hop' because it meant he got to work alongside Hugh Laurie. 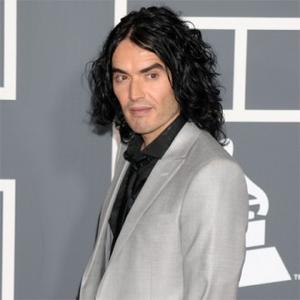 Russell Brand is a "massive fan" of Hugh Laurie.

The British comic used to love the 'House' star in UK sit-com 'Blackadder' so was thrilled to get the chance to work with him on new animated movie 'Hop'.

He said: "I love him. I'm a massive fan of 'Blackadder.' Truly, truly love Hugh Laurie."

Russell voices the Easter Bunny in 'Hop' and both he and wife Katy Perry were delighted when he was offered the role.

"Katy's not yet seen it yet because she's away working, but she thought it was a fantastic idea and she was very happy about it."

As well as 'Hop', Russell - who has previously battled addictions to drugs and alcohol - can soon be seen in a remake of 'Arthur' and he admits he was a huge fan of the original 1981 movie, which starred Dudley Moore as the alcoholic Playboy.

He joked: "I watched it a lot 'cause when you're a kid it's fun because he's always drunk and everything. I've been thinking about it. Now, I think that film made me grow to become an alcoholic. It makes it seem like it's a big laugh. I think it contributed to my subsequent alcoholism I only conquered eight years ago after a hell of a lot of trouble,"