Seth Macfarlane thinks his first stint as Oscars host will also be his last. 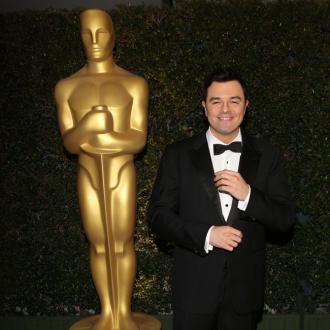 Seth Macfarlane won't host the Oscars for a second time.

Although the 'Family Guy' creator is preparing for his first time as host at Sunday's (24.02.12) ceremony, he is already sure that this will be his first and only time in charge as it is such a big commitment.

He told Entertainment Weekly: ''It's the time commitment, I just don't think I could do it again. It will have been almost six months that I'm working on this. And I'm still going to get savaged in the press.''

While he doesn't plan to return, Seth has tipped Golden Globes hosts Tina Fey and Amy Poehler to take over next year and make it a success.

He said: ''Tina and Amy will do it next year and they'll get rave reviews. But I just don't know that I could do it again. I just can't take that kind of time out of my schedule.

Seth admitted he was drawn to the job because he knew he could mess it up.

He explained: ''You know if something sounds interesting and challenging and it sounds like something I could [mess] up and do badly, I'm generally interested in making the attempt. They called me and I was like 'Well this is something I could mess up pretty badly.'''