Veteran Singer Dame Shirley Bassey Is Teaming Up With Classical Boyband Blake In A Bid To Land Her First Ever Christmas Chart-topper. 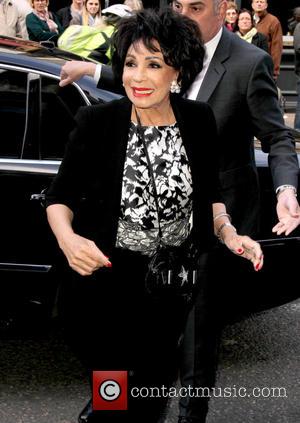 The Goldfinger singer was approached by the three-piece band's Ollie Baines earlier this year (15) with the suggestion of performing a festive track, and they have now recorded a joint version of The Christmas Song (Chestnuts Roasting on an Open Fire).

"I would love to have a Christmas number one," Welsh star Dame Shirley says, "Blake sang Moon River at my 70th birthday party, and then we met again at the reception of the charity Variety's 70th anniversary six months ago. Ollie mentioned singing a Christmas song together, and I said I've never done a Christmas song before."

After Dame Shirley indicated she was interested in the project, the band put a list of songs together for the diva to choose from, and she selected Nat King Cole's Christmas classic.

"We listened to Dame Shirley's most recent recordings, as well as her past albums, watched a lot of YouTube clips from dozens of live shows, then started to compile a short list of about five songs," Blake say in a statement.

"We felt sure that Dame Shirley could make a hit out of any of the songs on our list, so we sent it over and let her choose the one that she liked best - which was The Christmas Song."

If Dame Shirley manages to reach the top of the U.K. singles charts, it will be the first time she has done so since 1961 with the song Reach for the Stars.

Money raised from the release of the song, which also appears on Blake's forthcoming Christmas Classics album, will go to children's charity Variety and the Children's Hospital, Noah's Ark in Cardiff, Wales.