Not Much Box-office Heat For New Ice Age 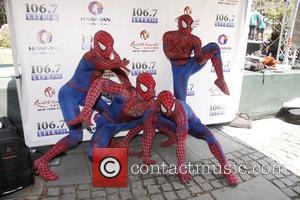 Ice Age Continental Drift performed slightly better than its studio, 20th Century Fox, had predicted last week but well below the forecasts of box-office pundits. The animated movie wound up with an estimated $46 million. That's slightly better than the $41.7 million opening weekend of the last Ice Age movie, Dawn of the Dinosaurs , in July 2009; well below Ice Age The Meltdown's $68 million in March 2006; and identical to the original Ice Age 's take in March 2002. But if the animated film failed to set the box office afire, The Amazing Spider-Man certainly took up the slack. Pegged to take in $25-30 million after a first-week gross of $165 million, the Sony movie actually ended up earning about $35 million, pushing it past the $200-million mark for its first ten days. Also stuffing the box office was Universal's Ted , which continued to surprise with $22.1 million. After three weekends, the relatively low-budget, R-rated comedy has now collected $159 million. Disney/Pixar's Brave was effectively challenged by the new Ice Age movie for the family crowd but still managed to take in $10 million. Closing in on the $200-million mark, its domestic gross stands at $196 million. Rounding out the top five was another low-budget flick, Warner Bros.' "dramedy," Magic Mike , which collected around $9 million. Its total now stands at $92 million.