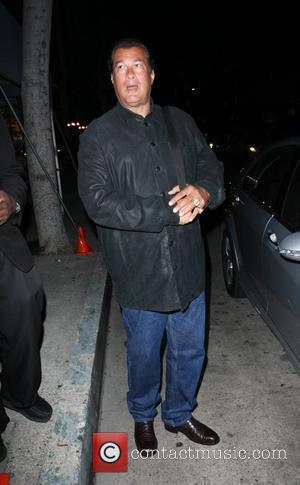 Movie star Steven Seagal has joined Arizona's top cop as part of his hardcore law force.
The Under Siege star has been invited to patrol the streets of Phoenix with Maricopa County Sheriff Joe Arpaio's lawmen, and he admits he jumped at the chance to serve as a deputy.
Seagal tells the Globe, "When Joe invited me to join them, there wasn't a moment's hesitation."
Arpaio insists the actor and martial arts star will be an "asset" to his team.
Seagal will also film his experiences on the job as a deputy for the new season of his hit show Steven Seagal: Lawman.
He filmed two seasons of the reality show in Lousiana, but the series was put on hold after the actor was accused of sexually harassing an assistant last year (10). She has since dropped her charges against Seagal.