Rapper T.I. Has Clarified Comments He Made In A Radio Interview About Parting Ways With His Protege Iggy Azalea, Insisting He Was Taken Out Of Context 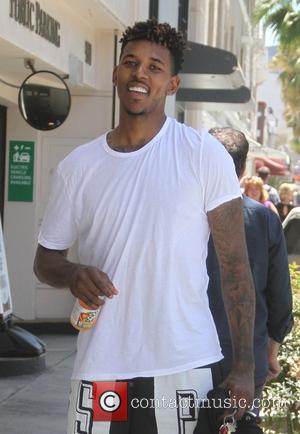 The Whatever You Like hitmaker was asked about Azalea's recent controversies, including her decision to cancel her U.S. tour in order to give herself a "mental break", and her social media feuds with fellow rappers Q-Tip, Azealia Banks and Snoop Dogg, during an appearance on New York City radio station Hot 97, and he admitted he has not had much contact with the Fancy singer in recent months.

T.I. said, "After the Q-Tip thing... after I smoothed it over. Everything was cool and then they came back and undid (it). It's not that I got tired of cleaning it up. I'm a loyal partner and if I rock with you, I rock with you. Right or wrong... But right now, I'm block the bullets (sic), but when I say go... go. Just go (sic). Don't stand around and talk while I'm blocking bullets. I just feel 'they' (Azalea's team) needed some time to adjust."

The Australian rapper subsequently responded to her mentor's comments on Twitter.com, writing, "Heres the deal, I am still signed to @tip and do business with him. The first ive heard of us having an "issue" is via a radio interview. Personally, i dont think the radio is the place to talk about your personal issues with someone thats part of your team... Im sure tip will publicly clarify what he meant when he feels he has the right platform to do so."

And now T.i. has done just that, explaining he is just giving Azalea some space.

He tells the Associated Press, "That's still my partner. Her life has taken her in a different direction. My life is still as it was before. But Iggy is doing what she feels makes Iggy happy. That's what she should do. We're focused on making the next Iggy record and dodge the same adversities we faced last time."

He continues, "It's definitely not a 'sever my ties, walk away, I'm upset' thing. It was more so like, 'OK, you have a lot on your plate right now. I'm going to pull back or wait until you come to a place where you're ready to come back to the table, so we can start again and make history some more."