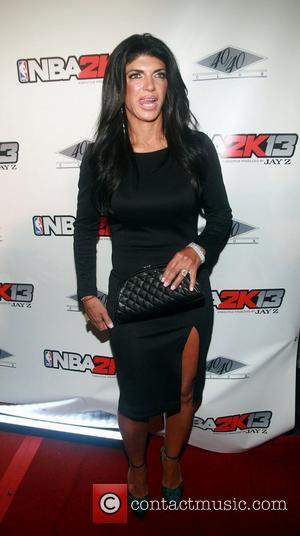 The reunion of Real Housewives managed to cause more controversy than the regular season, if that was possible, when the show’s stars got together to discuss a range of issues, mainly with each other reports E! Online

Reunion part two was so full of screaming, finger pointing and angry expletives that you’ll have to take a deep breath before reading our recap. Ready? Here we go: "I will rip her f**king head off" and "I'll f**king kill her" could be heard bellowing from backstage from Rosie Pierri, as Teresa Giudice proves her enduring popularity. Lauren Manzo looks to simmer the hot-headed Rosie down, and succeeds, for the time being. Rosie states she's single but happy and that the only rift between her and her sister was because Kathy Wakile didn't like her girlfriend, not because she was gay. Understand? It’s not long before host Andy Cohen has to calm everything down again, as the star’s parents become the latest target of volatile insults, but Kathy takes the high road and apologizes for making a dig about Teresa's mom. Still with us?

Good. Kathy said to Teresa, "You really don't have anything between your ears," which looked likely to kick off another shouting match, but Teresa kind of proved her accuser right by drawing a blank when attempting to summon a repost. Oh dear. In fact, there’s far too much gossip to even think about surmising in one go, so just assume that everyone on the show either hates or loves each other and you’ll basically have the measure of it.