Rapper The Game Is Full Of Regrets Over The Breakdown Of His Relationship With His Former Fiancee, Insisting He Was A "Dog" Who Constantly Cheated On A "Great Woman". 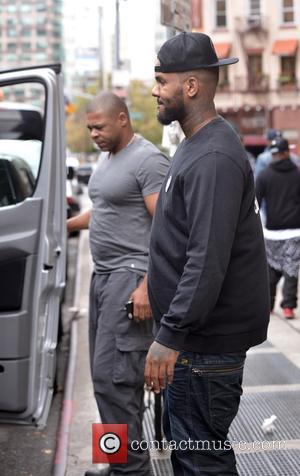 The Dreams hitmaker dated Tiffney Cambridge, the mother of two of his children, for eight years before they split for good in 2014, and he is well aware he only has himself to blame for wrecking the romance.

He says, "I was a dog and I had infidelity issues and I kinda blew it. It was my fault because I had a good woman: school teacher, master's degree, mother of my children...

"You don't really get it when you're in the relationship and then you know, you get out, she kicks you to the curb and then you realise what a great woman you had."

The father of three has since turned to his new reality TV show She's Got Game in a bid to find true love, but the 35 year old confesses he is still not ready to settle down.

He tells U.S. talk show host Wendy Williams, "I want more than anything, I wanna be someone's husband, but I wanna be everything for that woman. My grandmother told me one day I'll wake up and I'll know when I'm ready (to settle down)."