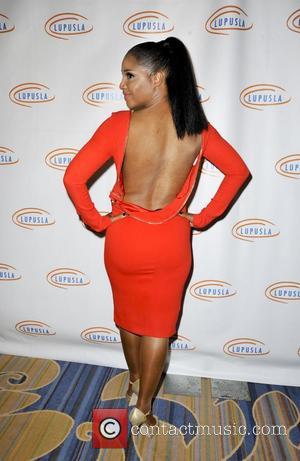 R&B singer TONI BRAXTON has opened up about what led her down her path towards bankruptcy, revealing she often splurged on unnecessary items like expensive bedding and kitchenware.

The singer's financial troubles first came to light in 1998 when she filed for bankruptcy at the height of her fame, leading fans to wonder how the Un-Break My Heart hitmaker had blown almost $170 million (£106 million) in album sales.

However, the 45 year old reveals her label, LaFace Records, took a big cut and she never got much money upfront.

She tells U.S. Tv news show 20/20, "What happens is they will give you an advance million on the next record and the next record so you kind of stay in debt in a sense."

However, Braxton confesses she's partly to blame because she went overboard on buying lavish items for her home: "I love dishes and house things so I kind of lost it a little bit on the house ware... One-thousand thread-count sheets... that's what I indulged in. I'm a little odd."

Braxton's money problems returned in 2010 when she admitted she owed between $10 million (£6.25 million) and $50 million (£31.25 million) after cancelling a series of self-financed Las Vegas shows following her diagnosis with a strain of lupus.

The Grammy winner recently lost her Georgia mansion to foreclosure, but she insists she has learned a lesson in managing her funds, adding, "I have to monitor myself because I'm definitely on a budget."