By Charlotte Court in Lifestyle / Showbiz on 28 August 2018

Wendell Pierce starred in popular legal drama, Suits, with the Duchess of Sussex

When Meghan Markle became a real-life Princess, many people could be forgiven for thinking she was living a dream come true. However, the former actress went through some very public family-based heartbreak leading up to her big day with Prince Harry which meant it was only her mother, Doria Ragland, who attended from her whole family.

The new Duke and Duchess of Sussex on their wedding day

Now it has been revealed the Duchess of Sussex's on-screen dad, Wendell Pierce gave her a bit of fatherly advice before she went up the aisle.

Continue reading: Meghan Markle's On Screen Father Told Her To Call Him Anytime Before Wedding

Marketed as a horror-thriller, this sharply well-made film is actually a bleak drama with a strong message about bullying. Actor turned writer-director Joel Edgerton creates a vividly creepy atmosphere as he digs into the perceptions and motivations of three central characters, and he finds plenty of opportunity to unnerve the audience in the process. There are a few big jolts, but it's the unsettling themes that freak us out.

There has clearly already been quite a lot of trauma in the marriage between Simon and Robyn (Jason Bateman and Rebecca Hall), so much so that they've packed up their home in Chicago and moved to Los Angeles to start over. As they're settling into their stunning new home in the hills, Simon runs into his old school friend Gordon (Edgerton), who seems to appear out of nowhere, worming his way into their life with a series of thoughtful gifts. But Simon doesn't want to reconnect with Gordon, whom he always thought was a weirdo, which Robyn thinks is rather cruel. She reluctantly agrees with Simon that they break contact with Gordon, due to pressures at work and in their attempts to start a family. But things immediately turn very nasty. And Robyn realises that there's more to Simon and Gordon's past than either is letting on.

With a pungent sense of foreboding, the film is instantly riveting, mainly because it resembles movies like Fatal Attraction. So we brace ourselves for that bunny-boiling moment, and as a writer, director and actor, Edgerton plays with us mercilessly, dropping all kinds of hints and revelations about the reality beneath the surface of these characters. But instead of turning into a crazed, violent thriller, the film instead takes a much more internalised approach, generating suspense from the implications of what is happening. Essentially, it works because it forces us to understand even the darkest motivations of the characters.

Simon and Robyn barely have time to contemplate their perfect lives with their happy marriage and beautiful new house when they come face to face with the less than perfect past. While shopping at a department store Simon bumps into an old classmate named Gordo, though it takes a while for him to recognise him. When a bottle of expensive wine shows up on their doorstep from Gordo, they are left wondering how he got the address but nonetheless invite him over for dinner to say thank you for the house-warming gift. But pretty soon Gordo starts frequently showing up uninvited with stranger and stranger gifts, and when Simon tries to break off their unwanted friendship, things start to get scary. Threatening notes are left, Robyn's fish are suddenly dead and their house is being vandalised. Robyn starts to become seriously suspicious of her husband when the suggestion of an uncomfortable past between the two men arises, and she's desperate to find out what happened before things get out of hand.

The New York premiere of 'Selma' took place at the Ziegfeld Theatre. The red carpet in New York was graced by the likes of Aretha Franklin, and American actor, director and screen/playwright, Tyler Perry. Continue reading: The Revolution Will Not Be Televised: 'The Michael J. Fox Show' Divides Critics 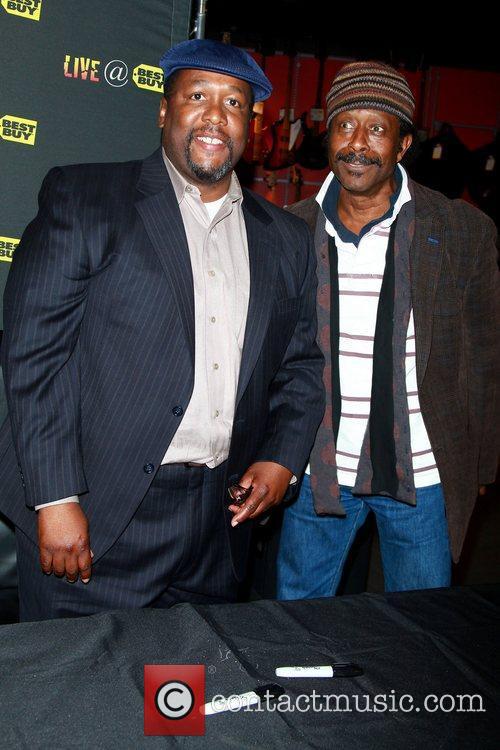