Rapper Wiz Khalifa And Model/actress Amber Rose Have Sparked Rumours Of A Reconciliation After They Posed For A Photo Together Following Her First-ever Slutwalk Event In Los Angeles On Saturday (03oct15). 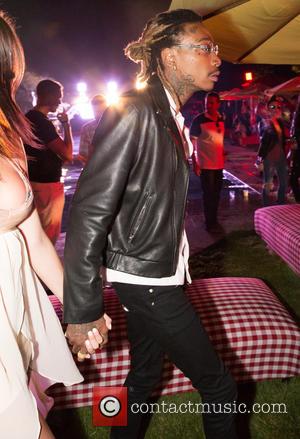 Rose launched the event on Saturday to protest rape and sexual harassment and during the march, the 31 year old saluted her ex lovers Kanye West and the Black and Yellow star.

"He came out with this song that really hurt me, because all I did was ever love him," she said of Khalifa. "I loved him so much and gave him a beautiful son, and to be told that I was nothing but a stripper - it hurt."

She also addressed comments West made about taking 30 showers after leaving her, adding, "I want to forgive Kanye for what he said about me. I want to let all the negativity go."

On Monday (05Oct15), Rose took to social media and showed off a picture of her and Khalifa embracing, captioned, "Still Ballin". Khalifa also posted a picture of himself and Rose inside a recording studio.

The former couple has yet to comment on the status of its relationship.

The rapper and Rose were married from 2013 to 2014. They share a son called Sebastian.

The model was linked to rapper MAChine Gun Kelly earlier this year (15).