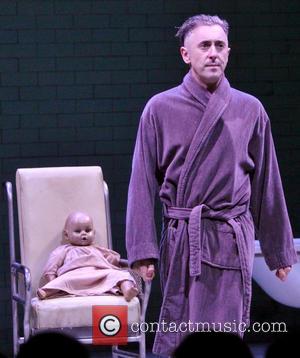 The New York Times' Charles Isherwood was among those praising Cumming's considerable ability, writing, "Watching him perform this personalized rendition of "Macbeth," I was at times more intrigued by the battle going on between the serious actor and the shameless entertainer than I was by the tense struggles taking place in the divided mind of Macbeth." Mark Kennedy of the Associated Press agreed, saying, "If it's not clear by now, what Cumming is doing at the Ethel Barrymore Theatre is delivering a tour-de-force that redefines the term...While there is no doubt about Cumming's ability - he cowers, he acts menacing, he strips down, he leaps in and out of a full bathtub and smears himself in gore - there is a feeling that while this is an act of Olympic skill, it's also partly a freak show." Mark Fisher of Variety continued the praise, writing, "such are Cumming's gifts as an actor, we also get an uncommonly rich reading of the play. Using the most subtle shifts in register, gait and dress, he switches seamlessly from character to character."