Christina Aguilera Will Be Showing Off Her Country Music Skills At The Academy Of Country Music Awards Next Month (Apr15) After Signing On To Perform At The Ceremony. 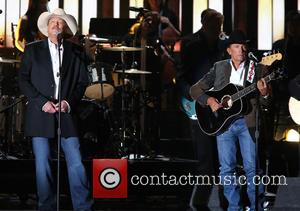 Organisers have confirmed the Genie in a Bottle hitmaker will join a surprise artist for "a special duet".

Aguilera will play a superstar trying to debut a country album on Nashville. Her first episode on the country music-themed drama will air four days before her ACMs debut.

Aguilera's The Voice co-judge Blake Shelton will co-host the ceremony at AT&T Stadium in Arlington, Texas with Luke Bryan.