The Commitments was released 25 years ago and to celebrate the cult release, a special edition DVD and Blu-ray is now being released.

Jimmy Rabbitte is a Dubliner who's always had a dream to start a band and make it big. Deciding to act on his dreams, Jimmy puts out an ad for musicians in the area looking to share in his idea. After many unsuccessful auditions, Jimmy is tired out for watching terrible wannabe musicians and decides that he's going to start a band with his friends, whilst he acts as their manager.

He recruits a number of people, Deco Cuffe who has the perfect voice to front a soul band; Outspan Foster to play guitar; Steven Clifford to play the piano; Dean Fay to play the saxophone; bassist Derek Scully, drummer Billy Mooney, and three backup singers who are all girls: Bernie McGloughlin, Natalie Murphy and Imelda Quirke. The lineup is finally complete when they meet Joey 'The Lips' Fagan who might be much older than the other guys in the band but he plays the trumpet and has a years of experience playing with some of the people Jimmy most looks up to.

Continue reading: Want To Know Why It Took 'The Commitments' 25 Years To Get To The West End?

Got Tickets For Sergei Polunin In Midnight Express? You Might Wanna' Read This...

Sergei Polunin has been replaced in Midnight Express, though perhaps more worryingly, nobody seems to know where he is.

Ukrainian dance star Sergei Polunin has walked out on the cast of the major new ballet show Midnight Express just days before its UK premiere at London's Coliseum. The production, based on Billy Hayes's 1977 Turkish prison story, was due to open on Tuesday (April 9, 2013), though Polunin - its primary draw - has dropped out.

The production's director and choreographer, Peter Schaufuss, said Polunin failed to turn up for rehearsals on Wednesday. A statement put the departure down to "unforeseen circumstances," which essentially means nobody has a clue what's going on or where he is. Johan Christensen will take over the title role of Billy Hayes.

This is familiar territory for the Ukrainian star, who unexpectedly quit the Royal Ballet last year. At 19, he had become the company's youngest male principal though shocked the dance world by quitting before he was due to appear in a production of The Dream, later telling the BBC that he was no fan of rehearsing and that it was only when performing that he enjoyed to dance. Fair enough.

Continue reading: Got Tickets For Sergei Polunin In Midnight Express? You Might Wanna' Read This...

Alan Parker - Sir Alan Parker London, England - The Launch of Filmclub, a new national initiative to give children of all ages access to the world of cinema - Photocall Thursday 12th June 2008 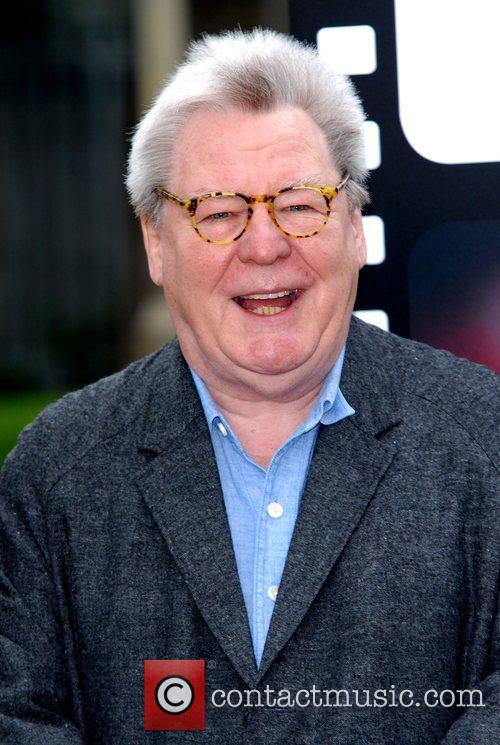 By Don Willmott
Weak
Fourteen-year-old Jodie Foster had a very busy and very weird year in 1976. There was Freaky Friday for Disney, there was Taxi Driver for Scorsese, and then there was this. Thirty years after its release, Bugsy Malone, an adult gangster comedy/musical in which all the roles are played by children, can make you nostalgic for the '70s and the '30s at the same time. That this oddity was directed by Alan "Midnight Express" Parker, only makes the whole thing more bizarre. Watching the always amazing Jodie vamp it up with her co-star, '70s teen dreamboat Scott Baio, as they lip sync to tracks of the adults who sing for them is one of the stranger cinematic experiences you'll ever have. Forgive me if I pause a moment to go look up more synonyms for "weird."

Basically a story of warring gangs, Bugsy Malone introduces us to Fat Sam (John Cassisi) and Dandy Dan (Martin Lev), who are battling for turf. Bugsy (Baio) shows up at Sam's bar and meets Blousey Brown (Florrie Duggal), who wants to be a star. When the bar is raided, Dandy Dan breaks out his new weapon, a "Splurge gun" that shoots whipped cream. Bugsy and Blousey hit it off, but he's also caught the eye of sexy vamp Talullah (Foster), who always gets her man. Do you care?

By Christopher Null
Weak
Now I understand why Argentineans wanted Madonna to go home during the filming of Evita!

What the fuss is all about, I have no idea, because Evita is just another bad movie starring one of our worst actresses, Madonna. The catch is, this time she gets to sing sing sing for 2 1/2 hours -- sing until she can sing no more -- sing until your ears bleed.