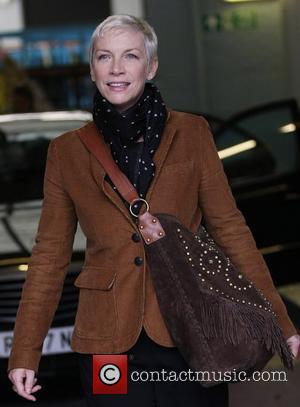 Cory Smoot, the lead guitarist of cult heavy metal band GWAR was found dead on Thursday (3rd November 2011) on the band's tour bus following a concert in Minneapolis. The band's manager Jack Flanagan confirmed Smoot's body was discovered before the bus crossed into Canada for the next leg of the band's tour, reports the Associated Press.
Smoot had performed since 2002 under the name Flattus Maximum, with the band known for their horror movie inspired costumes, peculiar stage antics and grotesque lyrics. Lead singer Dave Brockie paid tribute to his friend, calling him "one of the most talented guitar players in metal today", adding, "at this point we are just dealing with the loss of our dear friend and brother" The cause of the death is still unclear, and manager Flanagan says there's no word on funeral arrangements but the group reportedly plans to continue the current tour, which had been scheduled to stop in Edmonton, Calgary and Alberta. The band, who released their debut album 'Hell-O' in 1988, somewhat bizarrely lost out to Annie Lennox at the 1993 GRAMMY AWARDS in the category of 'Best Long Form Music Video' - their track 'Phallus in Wonderland' failed to topple Annie's 'Diva'. The group were nominated again in 1996, but lost out on the Best Metal Performance going to Nine Inch Nails.
GWAR released their thirteenth studio album 'Bloody Pit of Horror' in November 2010, the album's title coming from the horror movie of the same name.