Aretha Franklin will finally enter the gospel Hall of Fame in August. 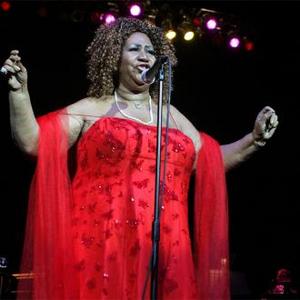 Aretha Franklin will be inducted to the gospel Hall of Fame this year.

The singing icon is one of six stars who will be introduced to the Hall on August 14, joining musical legends like Elvis Presley and Dolly Parton.

The award comes decades after 'Respect' singer Aretha made history by becoming the first woman inducted into The Rock 'n' Roll Hall of Fame in 1987, and earning a Star On The Hollywood Walk Of Fame in 1979.

Aretha, 70, is still recording and hoping to work with some of today's biggest producers.

She said: ''''I'd love to get some Ne-Yo songs on there. Kenny 'Babyface' Edmonds I've been talking to, and he has some songs that might be a good fit.''

The 'Queen of Soul' joins more than 150 artists inducted to the hall since its creation in 1971.

The 'I Say A Little Prayer' singer has also announced a concert at The Colosseum at Caesars Palace in Las Vegas on July 15.