Scott Adkins Got Tips For Schwarzenegger For Expendables 2 Role

Scott Adkins got tips from Arnold Schwarzenegger while filming 'The Expendables 2' and the martial arts star has changed the way he trains since speaking to the Hollywood legend. 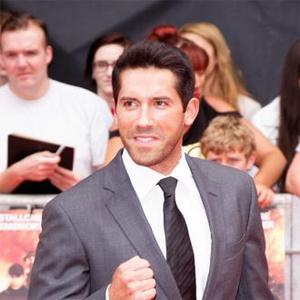 Scott Adkins got tips from Arnold Schwarzenegger while filming 'The Expendables 2'.

The martial arts star - who appeared in 'The Bourne Ultimatum' and 'X-Men Origins: Wolverine' - changed the way he trained after speaking to the 65-year-old actor while shooting the action movie because he wants his stay in peak condition for as long as the 'Terminator' star's body has.

He told BANG Showbiz: ''I was picking the brains of Arnold, I trained with Arnold. For me at the young age of 36 I start to feel the joints starting to go and I've started to reevaluate the way I train and try and go down a more scientific route. But I just think as long as you train hard you'll always get results.''

While he has appeared in major movies before, Scott admits he felt apprehensive about his role as bad guy Hector in 'The Expendables 2' - which features Sylvester Stallone, Bruce Willis, Chuck Norris, Jet Li and Dolph Lundgren - because there is such a star-studded cast attached to the motion picture.

He added: ''I was nervous, I'm nervous to be in the presence of them now. I have played a similar character before and he was very intense and I was, a lot of fans this is an underground movie, you have to sort of seek it out and I knew that it worked and so for the 'Expendables 2' I took what I did for that character and because we were in Eastern Europe I tried to give it that sort of different flavour.''

Sylvester insists Scott is one of the best martial arts star in the world and the Hollywood legend would've liked him to feature in further scenes in the movie.

He added: ''He's truly, by far one of the top in the world in what he does, it's just extraordinary, I wish we could've used him more because when he first started filming his muscle and coordination was just staggering.''