Ashley Roberts has revealed one of her male fans once asked her to send him a pair of her socks for his personal collection. 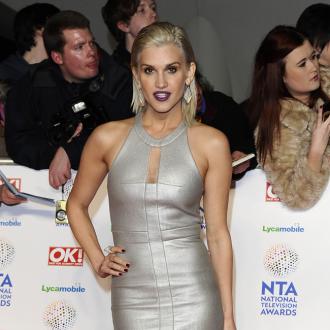 Ashley Roberts was once asked to send a foot fetishist fan a pair of her socks.

The singer was stunned when an eager guy tried to seduce her over Twitter by asking her to post him a pair of her favourite socks, and she was so alarmed by the request that it's put her off meeting men online.

Quizzed whether she had ever been hit on by fans on social media, she exclusively told BANG Showbiz: ''I've had a few marriage proposals and some interesting messages. A guy once asked me to send him some of my socks because he was apparently collecting socks. I didn't ask him what for, because I didn't know where the socks would be going...''

While the blonde beauty - who is currently single - isn't opposed to the idea of dating a fan, she definitely wasn't feeling the love with her foot-obsessed suitor.

Speaking at the launch of KEY Fashion's Spring Summer 2014 collection today (25.03.14), Ashley giggled: ''I don't know if that would be someone where I'd be like, 'Yes, take me on a date!' It would be a little scary. Probably not going to happen!''

The star was the Maid of Honour at her former Pussycat Dolls bandmate Kimberly Wyatt's wedding to Max Rogers last month, and she also revealed she shares similarly strong spiritual beliefs to her best friend.

She explained: ''I'm definitely a spiritual person. I didn't really have a religious upbringing in my life which was tough at times because I was searching for some kind of meaning, but it also gave me an avenue to find my own sense of connection.

''I've been following Amma, who's a guru, for six years now. My life coach is very spiritual and I do a lot of meditation and mantras. It's what I've found to keep me balanced and centred in a world where I find we're given mathematics and history and we're not really given life tools.''

The KEY Collection is available from www.keyfashion.co.uk from March 25, 2014, with prices starting from £80.00.