The rather astonishing true story of the creation of the Wonder Woman character, this is certainly not your run-of-the-mill biopic. It's a sharply well-observed story of three intellectual people who choose to live a scandalously counterculture lifestyle in the 1920s, then come up with a comic book character who goes against all the rules. Frankly, they still seem radical today.

It opens at Harvard University in the mid-1920s, where Bill Marston (Luke Evans) and his wife Elizabeth (Rebecca Hall) are psychology professors who have just invented what will become the modern lie-detector. They have hired grad student Olive (Bella Heathcote) as an assistant and, after some blatant flirting, both Bill and Elizabeth fall for her, deciding to create a three-way relationship. As they work on the details of how they will live together, Bill conceives a comic book hero who will help preach a message of female empowerment, inspired by both Elizabeth and Olive. And he infuses the comics with sadomasochistic imagery to make his point. Publishers are shocked by this, but one (Oliver Platt) gives the new character a shot. And Wonder Woman outsells Superman.

The story is told in flashbacks as Bill defends his work in the mid-1940s to a representative of the Catholic decency league (Connie Britton), who of course hates the comics' feminist ideas and sexualised imagery. She has no idea about Bill's three-way relationship, or the fact that he fathered two children with each woman. Writer-director Angela Robinson (The L Word) uses this cross-cutting structure to develop some tension between Bill, Elizabeth and Olive that feels more cinematic than realistic. But the three actors keep the characters remarkably grounded, with a brainy and open-minded approach to their life together. Evans is superb in the central role, while Hall shines as the prickly Elizabeth, who wants to be liberal but can't control her jealous impulses. By comparison, Heathcote's Olive feels rather passive, even though she has moments of steely energy.

While Wonder Woman remains one of the most important female heroines in the history of fiction, few realise the just under what circumstances the character came about. The comic was first created by Dr. William Moulton Marston in 1941 under the pen-name Charles Moulton. Not only was he pioneering comic book writer, he was also a Harvard psychologist and the inventor of the systolic blood pressure test which aided the development of the modern polygraph or lie detector test. But perhaps the most fascinating facet of his life was what went on behind closed doors. He was in the midst of a polyamorous relationship with his wife Elizabeth and a young former student named Olive Byrne; two women whose feminist ideals inspired Wonder Woman as we know her today. Though the initial stories were fraught with controversy, not many could imagine how important the character would become to young men and women everywhere.

The rockers return with a new single and the promise of a singles compilation album.

'Shot At The Night' marks The Killers return ahead of the release of their upcoming singles compilation album, Direct Hits, that will include all their hits from 2003 to 2013. The Las Vegas rockers are heading home for their latest song, with a video that celebrates the romance and thrill of night time in Sin City with a modern Cinderella story. During the video, we're given shots of Brandon Flowers' new look. Gone are the flamboyant suits, wee moustache and the embellished shoulders as the lead singer eschews his Day & Age attire in favour of slicked back hair and a leather jacket.

Continue reading: The Killers Are Back With 'A Shot At The Night' In Sin City [Video]

A group of three best friends from a New Jersey suburbia set up a rock band in 1964 after seeing The Rolling Stones perform on television and enlist one boy, played by John Magaro, as the lead vocalist. He changes his look and defies his father who is unimpressed with his son's big ambitions; especially when he expresses a desire to move away to where rock music is the main scene. When the band receive a contract to play seven nights a week for six months, things start to take a chaotic turn when he starts getting involved with a girl, fighting with his band mates and struggling to maintain a relationship with his father.

'Not Fade Away' is named after a Buddy Holly song that The Rolling Stones covered in the same year the movie is set. It is a story about living in the moment; not worrying about the future and forgetting about the past, taking every positive opportunity available. It has been written and directed by the genius behind New Jersey mob series 'The Sopranos', David Chase, in his feature film directorial debut. This emotionally charged drama flick is set for release this winter on December 21st 2012.

By Rich Cline
OK
There were 1,245 episodes of the gothic soap Dark Shadows between 1966 and 1971, so adapting it into a movie was never going to be easy. The script is an odd mix of smart dialog and random plot-strands, and while Burton gets the style right he never quite finds the tone.

After spending nearly 200 years trapped in a coffin, Barnabas Collins (Depp) is released to rejoin what's left of his wealthy New England family in 1972. The matriarch Elizabeth (Pfeiffer) now lives in the falling-down manor Collinswood with her brother Roger (Miller), her daughter (Moretz) and his son (McGrath), as well as a live-in shrink (Bonham Carter), a caretaker (Haley) and a new governess (Heathcote). But Angelique (Green), the witch who turned Barnabas into a vampire, is still trying to destroy the family. 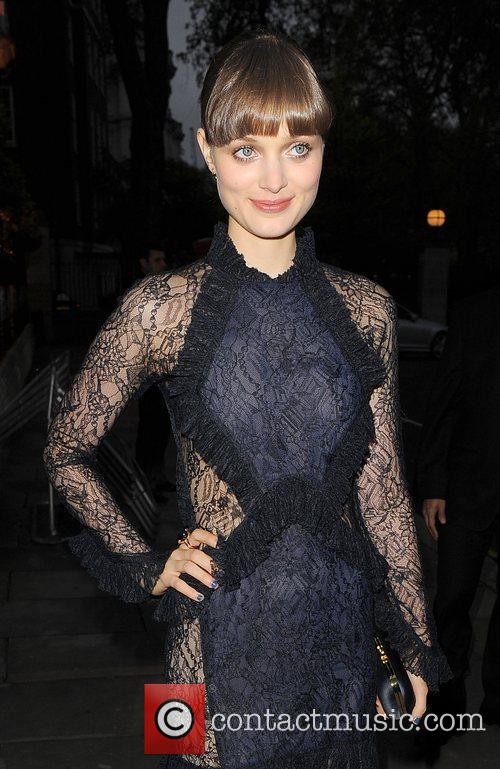 In 1752, The Collins family moves from Liverpool for a new life in North America. Barnabas, the son of the family, grows up and soon earns a reputation as a playboy. One day, his antics break the heart of a young woman, Angelique. She reveals her true nature to Barnabas - she is really a witch! She curses Barnabas and turns him into a vampire, burying him alive.