Benedict Cumberbatch and Noel Clarke have been cast in the highly-anticipated 'Star Trek' sequel. 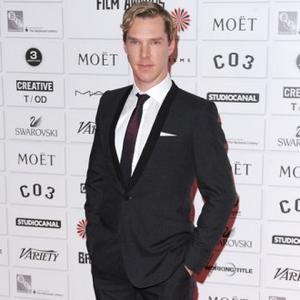 Benedict Cumberbatch and Noel Clarke have signed up to star in 'Star Trek 2'.

The British stars are the latest in a number of new castings in the highly-anticipated sci-fi sequel - to be directed by J.J. Abrams - with Benedict set to take on the lead villain role initially planned for Benicio Del Toro.

It is still not known who that baddie will be, but Noel has been cast to be a family man who has a wife and a young daughter, Variety reports.

'Sex And The City 2' actress Alice Eve and Peter Weller are the other known additions to the cast of the sequel to the 2009 movie starring Chris Pine as Captain James T. Kirk and Zachary Quinto as Vulcan Commander Spock.

Benedict's fame is on The Rise - following his work on UK TV show 'Sherlock', he also took supporting roles in both 'Tinker Tailor Soldier Spy' and 'War Horse', both of which are considered strong Oscar-contenders.

'Star Trek 2' - also starring Zoe Saldana, Anton Yelchin and Simon Pegg - is expected to begin shooting this month ahead of a release on May 17, 2013.