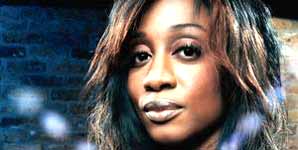 Beverley Knight is set to release a collection of her hits on March 21st 2006 "Voice - The Best Of Beverley Knight". It contains 11 Top 40 hits. It will be preceded on March 7th by a brand new single, 'Piece Of My Heart', Beverley's interpretation of the Janis Joplin classic. Beverley was first invited to perform the song with Ronnie Wood, it shortly became a live favourite on her 2005 tour.

The 32 year old Wolverhamptoner's has outlasted many of her contemporaries from the mid 90's, and has had three critically acclaimed gold selling albums: 1998's Prodigal Sista, 2002's Who I Am and 2004's Affirmation.

As well as the new single, 'Piece Of My Heart', "VoiceÃ¢Â€Â¦" also contains previously unreleased bonus tracks including a live version of Robbie Williams' 'Angels' recorded for Radio 2 with the song's co-writer Guy Chambers earlier this year and a previously unheard song, the haunting 'Who's Gonna Save Your Soul'.

Knight is also working on a new studio album due for release in early 2007, she will be touring in spring 2006.

Beverley Knight, Piece Of My Heart,Video...