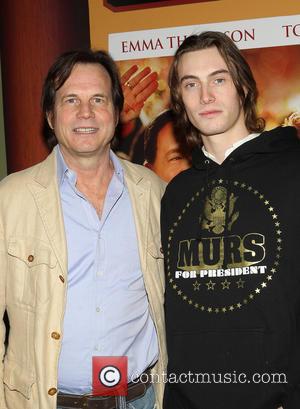 The two actors will team up with Jeffrey Dean Morgan, Ray Liotta, Thomas Jane, Olivier Martinez and Chad Michael Murray, among others, in the Roland Joffe epic Tv drama, which will air on America's History Channel next year (15).

The eight-hour series reteams Paxton with the producers of his hit drama Hatfields & MCCoys, which earned the actor an Emmy Award nomination.

The project will chronicle the Texas Revolution against Mexico and the rise of the Texas Rangers law enforcers.

Paxton will play Sam Houston, the man known as "the father of Texas", while Fraser will portray Texas Ranger Billy Anderson.

History Channel bosses have released a statement detailing the new Tv project. It reads: "In 1836, if west of the Mississippi was considered the Wild West then Texas was hell on earth.

"Crushed from the outside by Mexican armadas and attacked from within by ferocious Comanche tribes, no one was safe. But this was a time of bravery, a time to die for what you believed in and a time to stand tall against the cruel rule of the Mexican General Santa Anna (Martinez).

"From General Sam Houston, to rag tag Rangers to the legendary Yellow Rose of Texas, this is a story of the human spirit rising in the face of insurmountable odds and claiming a piece of history for all eternity."