Carly Rae Jepsen and rock band Train have pulled out of their appearances at the Boy Scouts of America's summer festival because of the organisation's anti-gay policy. 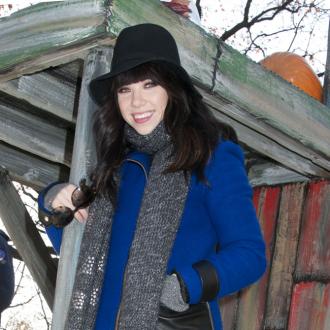 Carly Rae Jepsen has pulled out of a Boy Scouts of America concert over its anti-gay policy.

The 'Call Me Maybe' hitmaker was due to perform at the organisation's summer festival, the National Scout Jamboree, in July, but has cancelled her appearance because the youth organisation doesn't allow gay scouts and leaders.

In a statement on her Twitter account, she wrote: ''As an artist who believes in equality for all people, I will not be participating in the Boy Scouts of America Jamboree this summer.

''I always have and will continue to support the LGBT community on a global level and stay informed on the ever changing landscape in the ongoing battle for gay rights in this country and across the globe.''

The 26-year-old singer was due to perform at the concert in Mount Hope, West Virginia, along with 'Hey, Soul Sister' hitmakers Train, who have also pulled out of the gig after a petition by a gay former boy scout gained support from rights group, the Gay & Lesbian Alliance Against Defamation (GLAAD).

Train announced on their website: ''When we booked this show for the Boy Scouts of America, we were not aware of any policy barring openly gay people from participation within the organization. Train strongly opposes any kind of policy that questions the equality of any American citizen. We have always seen the BSA as a great and noble organisation. We look forward to participating in the Jamboree this summer, as long as they make the right decision before then.''