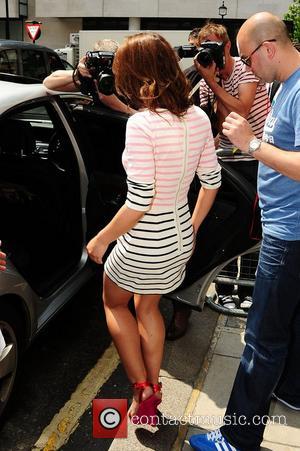 Cheryl Cole has 'outed' her dog Buster, telling Attitude magazine that he is "definitely gay". The pop superstar finally put the rumours about her pet pooch to bed, revealing that Buster enjoys the company of his male canine friends, a little too much.
Cole explained, "I have two Chihuahuas, Buster and Coco, and I have two Jack Russells that live in Newcastle.Buster is definitely gay. He loves the other boys". The singer also cited her dogs as a key reason as to why she couldn't make the permanent move to the United States, saying, "I'd miss my cups of tea after 10 days; I'd miss my dogs". In the revealing interview, the Girls Aloud star also touched upon her humiliating exit from The X Factor USA last year. As was widely reported at the time, Simon Cowell sacked the Geordie star just weeks into the initial auditions, though never provided solid reasons as to why. Cheryl said, "That show can drive anybody mental.I haven't said anything about X Factor Usa from that day to this.Why? Boring. It's year-old news. I've made a whole new album since then".
Cole is currently preparing to reunite with Girls Aloud for an anniversary tour, set to begin in early 2013. Production team Xenomania recently tweeted that they were prepping to go into the studio with the girl group to work on new material.