Cheryl Cole Thought She Was Being 'Punk'd' With L'oreal Offer

Cheryl Cole thought she was being 'Punk'd' when she was asked to be the face of L'Oreal. 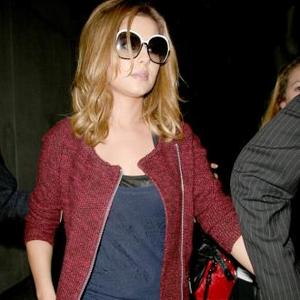 Cheryl Cole thought she was being 'Punk'd' when she was asked to be the face of L'Oreal.

The 28-year-old Girls Aloud star -who became an ambassador for the brand in 2009 - admits she first feared the offer was a joke.

She said: ''I remember how it felt when I first got The Call to say L'Oreal really wanted me to be involved with their next product. At first I thought I was being Punk'd. But, they were like, 'No, really'.''

Famed for her weekly 'x factor' style-offs with fellow judge Dannii Minogue, Cheryl says she used to look to her friends for fashion inspiration rather than celebrities.

She told Stylist magazine: ''I always had older friends and we didn't have much money but they'd always have glamorous clothes and gorgeous make-up. I used to look up to them and say, 'Wow, she's so pretty'.

''But, that was just local girls from my area. I wanted to be like them when I grew up. The girls really take care of themselves in the north. Especially in Newcastle, there's definitely more of a cultural feel down south, whereas up north, you can definitely spot a local girl from a mile away. You can tell if someone's out of town - they'll have their coat on during a night out.''

The '3 Words' hitmaker likes to ''make a statement'' when it comes to her make-up, but believes taking it off properly is even more important than putting it on.

She explained: ''You've got to take your makeup off at the end of the day. No questions about it. If I haven't washed my face I can feel it in my skin straight away so I always do it before bed no matter how tired I am.

''Even if you don't wear loads of make-up, you wear a little bit of mascara, it's important to remove all the dirt and grime you've collected throughout the day.

''I've used the same cleanser for ten years, it's got a little exfoliating grit in it. I think that's the key. Keeping skin hydrated is important too. It doesn't have to be complicated.''