Cheryl Cole's ex boyfriend Tre Holloway is reportedly keen to reconcile and has lavished her with expensive gifts in a bid to win her affections. 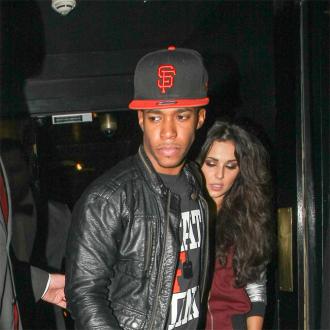 Cheryl Cole could be set for a reunion with Tre Holloway.

The 'Call My Name' singer has reportedly been lavished with expensive gifts in a bid by the back-up dancer to win her affections following their split last October, and insiders claim he is confident they will reconcile.

A source told the Daily Star newspaper: ''He's been lavishing her with pricey jewellery to show her how serious he is. Over Christmas he went all-out on fancy pieces for her. It cost him thousands.''

Cheryl called time on her 14-month relationship with Tre after the pair struggled to maintain a long-distance relationship, with him based in Los Angeles and her in the UK but have remained close ever since.

The source added: ''The pair have stayed in constant contact since their amicable split. But Tre is confident they will be together in the coming months.''

The pair spent the New Year's Countdown dancing together before the 30-year-old beauty gave him a smacker on the lips.

According to The Sun newspaper, he said: ''Always nice to spend the NYE countdown dancing with Cheryl Cole. Can't really get much better! I got a kiss on the lips which was pretty great. My mates are really jealous.''